The Biden administration and senators are ironing out the details on a more than $1.2 trillion bipartisan infrastructure bill. The funding (which is to be spent over the next decade) will target things like roads and bridges, public transit, internet, water, and power services.

A number of software companies specializing in engineering design could benefit from the passage of an infrastructure bill, but one under-the-radar company that recently made its public debut, Procore Technologies (NYSE:PCOR), could enjoy robust growth from a boom in construction in the years ahead. 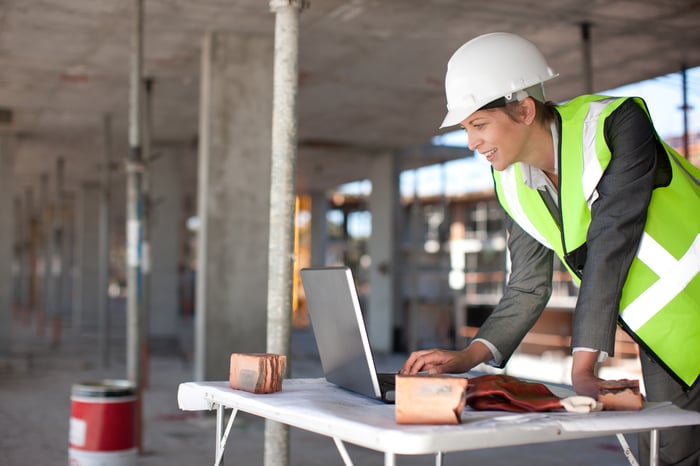 Bringing construction into the cloud era

Cloud computing has helped transform the operations of many organizations. However, migrating to a modern cloud computing framework is still an ongoing process for most companies, a massive movement known as “digital transformation” that is worth hundreds of billions in spending each year around the world. Construction is one big industry that has only just begun to tap into the cloud’s potential.

This is the opportunity Procore is trying to capture. The company estimates global construction spending will be $14 trillion per year by 2025, but construction productivity gains using technology like cloud computing could unlock about 10% of that annual amount with cost savings. Figuring out how to make it work is a challenge. Construction is an imperfect process. Building a real-world structure from a blueprint always runs into unforeseen hiccups, and multiple stakeholders in any given project (the engineers and architects, the contractors, the funders, and of course the ultimate owner of the structure) can add to the complexity of the construction process.

Procore’s software aims to stitch together all of these voices in real time to get everyone on the same page, speeding up construction and saving all parties involved some time and money along the way. Its platform has a diverse and growing list of use cases, and as a result, Procore said it has accumulated over 10,000 customers as of the end of 2020. That’s still a small number in the grand scheme of things, so there’s no shortage of growth potential out there for Procore. It has competition (computer-aided design leader Autodesk has construction software too), but the industry is still very early on in adopting the cloud as part of the building process.

A fast-growing software company with a massive global opportunity

The sheer size of the opportunity out there and the demand among contractors and other stakeholders for a software solution shows up in Procore’s numbers. Last year was great even though many projects were put on hold during the start of the pandemic. Revenue in 2020 grew 38% to $400 million, and first-quarter 2021 revenue built on that momentum with a 24% year-over-year increase to $114 million. This figure could accelerate as Procore starts to lap the effects of economic lockdowns from last spring when it issues quarterly reports for the balance of 2021.

Procore isn’t profitable yet (although on an adjusted basis the company was close to breakeven in Q1), but will have well over $1 billion in cash and equivalents and no debt after proceeds from the IPO in May. This gives this software outfit plenty of room to further its cause. Cash raised could be used for marketing and new customer acquisition, or the purchase of other complementary software companies. And with the passage of an infrastructure bill looming, the timing couldn’t be better for Procore.

Of course, the company’s valuation might give some investors pause. Procore stock is up 11% since it made its publicly traded debut just a couple of months ago. A market cap of nearly $12.6 billion as of this writing values the company at about 27 times trailing-12-month sales. Suffice to say it’s a premium price tag that assumes the company will continue to grow at a double-digit percentage clip for years to come.

But given the massive global opportunity as the construction industry begins to update to the cloud computing era, paired with Procore’s ample cash and the extra boost from a U.S. infrastructure spending bill, Procore could indeed be a fast-growing stock in the years ahead. Be sure to keep this software company on your radar this year.

This article represents the opinion of the writer, who may disagree with the “official” recommendation position of a Motley Fool premium advisory service. We’re motley! Questioning an investing thesis — even one of our own — helps us all think critically about investing and make decisions that help us become smarter, happier, and richer.

How to Change Your IP Address on Windows 10 (3 Methods)

Thu Jul 29 , 2021
IP addresses are one of the primary ways services identify a user. Though your IP address may change automatically from time to time, if you’ve been assigned the wrong IP by your router or want something more static, you need to know how to change your IP address on Windows […] 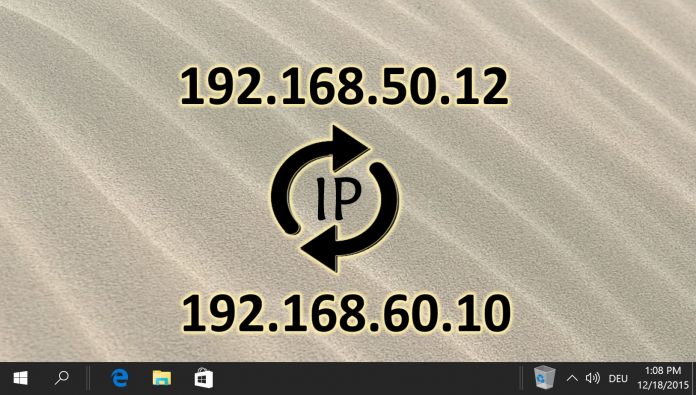