#1 You will get a broader protection

Most free antivirus apps are perfectly good at capturing most known malware threats – threats such as viruses, spyware, adware and trojans that can appear daily. This is largely due to the fact that they include the same signature databases and run the same malware detection engines as their paid counterparts.

However, the way users interact with their systems is continually changing and new software is being released. This means the threat landscape is also constantly evolving, with cyber criminals finding new ways to do harm to your system or network. Under this umbrella, free apps have a limited capacity to protect users.

There are more malware threats than most people are aware of. In 2020, content control and network security provider SonicWall identified 268,362 never before seen types of malware. This was an increase of 74 percent from 2019. To counteract the unknown threats, some companies have begun incorporating sophisticated signature and AI behavioural-based algorithms into their antivirus solutions.

Once suspicious behaviours are identified, the software can then attempt to prevent threats executing. While you might be lucky enough to find this level of protection in your free app, we think it’s highly unlikely, since this added security is more often than not reserved for users of paid apps.

#2 You will get more support

To give customers the right kind of support against the onslaught of malware is no easy task and requires constant monitoring of circulating malware, developing fixes, as well as patching new signatures to users. To do this, developers need staff with the right cyber security knowledge to stay ahead of the game. They also need money.

To use an often-overused analogy, if combating viruses was a game of football, you could say software companies need to bring their A-game all the time. They also need an all-star team and the capital to pay their stars for the help they’re giving – which is completely fair.

This analogy also explains why companies can give more technical support to users of paid apps. Quite simply, they can afford to. Companies will naturally prioritise support according to the level of service you have subscribed to. In most cases, when you use a paid app, you can expect 24-hour phone support, and specialist advice, if for any reason you do get stung with an infection.

#3 You will get faster updates and better clean-ups

Malware is an umbrella term that can be applied to all malicious software. That includes viruses, but also other types of software. To clarify, you could say all viruses are malware, but not all malware are viruses.

The objective of all malware is to do damage to your computer, network, assets, or any number of your other online interests.

Typical malware attacks like Trojans and worms are slowly declining, but that doesn’t mean threats are disappearing. SonicWall found that although the volume of traditional malware decreased by 43 percent in 2020, the volume of ransomware – a type of malicious malware that locks a user’s data until a ransom is paid – rose by 62 percent from the previous year.

Phishing websites that seek to steal passwords and credit card numbers, are also on the rise. Google’s Transparency Report found these sites had increased by 750 percent since 2007.

Why is this important? it indicates just how dynamic the threat landscape is…

In reply, software companies need to have the right solutions at the right time and be extremely nimble with those solutions in their software. What industry tests have commonly shown, is that companies tend to do both of these things better in paid apps than in free apps, by releasing signature updates faster to paid apps and also by creating paid apps that are better able to remove infected files from infected systems.

# 4 You get features that amount to layers of protection

Overwhelmingly the biggest difference between free antivirus apps and paid apps is the extra features offered in paid apps. For simplicity’s sake we’ve performed a quick comparison between the features on offer in AVG Antivirus Free and Norton’s 360 Standard that costs AU$79.99 per year.

The comparison barely needs any explanation, in that it’s fairly obvious which solution has more features. While the free AVG product provides a basic level of protection, including scanning for known malware and frequent updates, the Norton 360 Standard software also provides a VPN, cloud backup storage and password manager, all of which could amount to more than the AU$79.99 if you were to subscribe to these services individually.

Norton’s 360 Standard software also comes with a money back guarantee in case your PC does end up getting an infection that can’t be fixed. In all fairness, most of these features are also available in the paid AVG app, AVG Internet Security. But once again, it suggests that if you want more protection, you need to splash some cash.

When it comes to stopping malware, prevention is better than cure. While it’s not always easy to know the level of protection you’re going to need, if in doubt, extra layers of protection are always better than fewer. Paid apps have these layers in bucket loads.

The Huawei MateView 4K-Plus 28-Inch Monitor Is a Stunner

Tue Aug 10 , 2021
What’s so special about an external monitor? Isn’t it just something you need for a desktop computer or reluctantly buy to complement a laptop? Most of the time, yes, external monitors can reside on the boring side of the gadget spectrum. Here, Huawei’s 4K-plus 28-inch MateView makes the category a […] 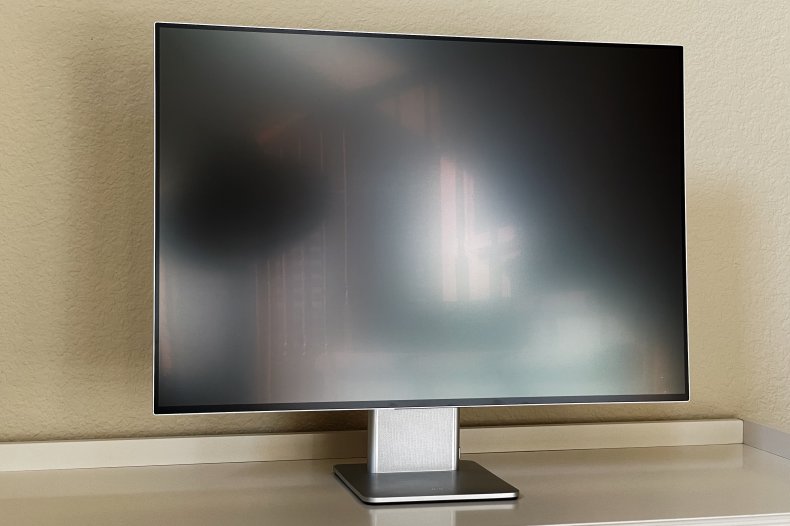