In a public statement addressed to employees earlier this week, Activision Blizzard CEO Bobby Kotick said the company was reviewing policies and procedures to help promote a more respectful and inclusive workplace. To help accomplish that, the company has retained the services of prestigious law firm WilmerHale, which is the same law firm helping Amazon keep its workers from unionizing. Considering ongoing efforts to unionize game workers, the partnership is a little concerning.

In an industry that’s constantly under fire for discriminatory practices, sexual harassment, grueling crunch conditions, and frequent mass layoffs, unionizing is a hot-button issue. As the state of California’s lawsuit against Activision Blizzard demonstrates, video game companies have a well-earned reputation for creating work environments that are at best uncomfortable, at worst downright hostile. That’s exactly why the game workers unionization movement has been gaining traction over the past several years.

So when Activision Blizzard, a company currently under fire for its discriminatory practices and rampant sexual harassment issues, hires WilmerHale, a law firm with a reputation for union-busting, heads turn and brows furrow.

WilmerHale is one of the most prestigious law firms in the country. It’s actually a combination of two law firms. There’s Boston’s Hale and Dorr, founded in 1918, known for representing the U.S. Army pro-bono in the Army-McCarthy hearings in the 1950s as well as President Richard Nixon in 1974’s United States v. Nixon. Then there’s Wilmer, Cutler & Pickering, founded in D.C. in 1962. Founding partner Lloyd Cutler served as an advisor to Presidents Jimmy Carter and William Clinton, and founded the Lawyers’ Committee for Civil Rights Under Law in 1963 at the request of President John F. Kennedy. The two storied firms combined to form Wilmer Cutler Pickering Hale and Dorr, known as WilmerHale, in 2004. The combined entity is co-headquartered in D.C. and Boston, with offices across the U.S., Europe, and Asia.

Basically, WilmerHale is a big, powerful law firm that takes on big, powerful clients. Lawyers from the combined firm were part of special investigative committees hired to look into the finances of both Enron and Worldcom. Wilmer, Cutler & Pickering represented Swiss banks accused of profiting from the Holocaust as well as German companies accused of exploiting forced labor during the Nazi era.

WilmerHale also has a reputation for attracting lawyers with an eye for public service, particularly U.S. government service. Partner Stephanie Avakian, who is heading up the Activision Blizzard policy review process, served as the Securities and Exchange Commission’s enforcement director during the Trump administration. Jamie Gorelick, Deputy Attorney General of the United States during the Clinton administration, has been a WilmerHale partner since 2003—and a member of Amazon’s board of directors since 2012.

It’s Gorelick’s association with Amazon as well as WilmerHale’s advertised anti-union services, that give the firm its union-busting reputation. Earlier this year, Amazon workers in Alabama voted against unionizing following a company-led campaign that included lengthy “information meetings” spreading anti-union rhetoric and signs with the slogan “Do it without dues,” suggesting the proposed union was only interested in taking workers’ fees without offering any substantial support.

The partnership also comes at a time when Activision Blizzard employees, empowered by the very public lawsuit, have begun speaking out en masse about their companies policies. Prior to Bobby Kotick’s announcement about bringing on WilmerHale, thousands of employees signed a public letter condemning the company’s initial reaction to the allegations raised in the lawsuit. This was followed by Wednesday’s walkout, in which Activision Blizzard employees around the world stopped working for several hours. Support for the peaceful demonstration poured in from all corners of the gaming community. The situation as a whole has been the impetus for renewed conversations about the value and importance of unionizing.

While Activision Blizzard’s association with WilmerHale involves HR consulting, the law firm’s reputation plus the game publisher’s anti-union leanings are a troubling combination. According to a report earlier this week from UppercutCrit, when the topic of unionization was brought up in a recent all-hands meeting regarding the California lawsuit, Activision Blizzard executive Joshua Taub allegedly advised employees that “the best way for protection is reaching out to your supervisors, hotline and avenues.” But as reporting has shown, turning to things like HR does not always work out for the affected employees. This morning UppercutCrit reports that Activision has canceled further all-hands meetings, once again suggesting employees turn to in-house resources with their problems.

Responding to Kotaku’s inquiry regarding the relationship between the game company and the law firm, an Activision representative said,“WilmerHale has extensive experience helping organizations strengthen their workplace environment by making improvements around policies and procedures related to discrimination, harassment, and retaliation issues.” The law firm has yet to respond to our request for comment.

How to use the new Weather app in iOS 15

Sun Aug 1 , 2021
Apple has done a remarkable job with its Weather app in adding Dark Sky data, yet still keeping the app simple and clear to use, in iOS 15. Here’s how good the new Weather app in iOS 15 is — you’re not going to miss Dark Sky. It’s still a […] 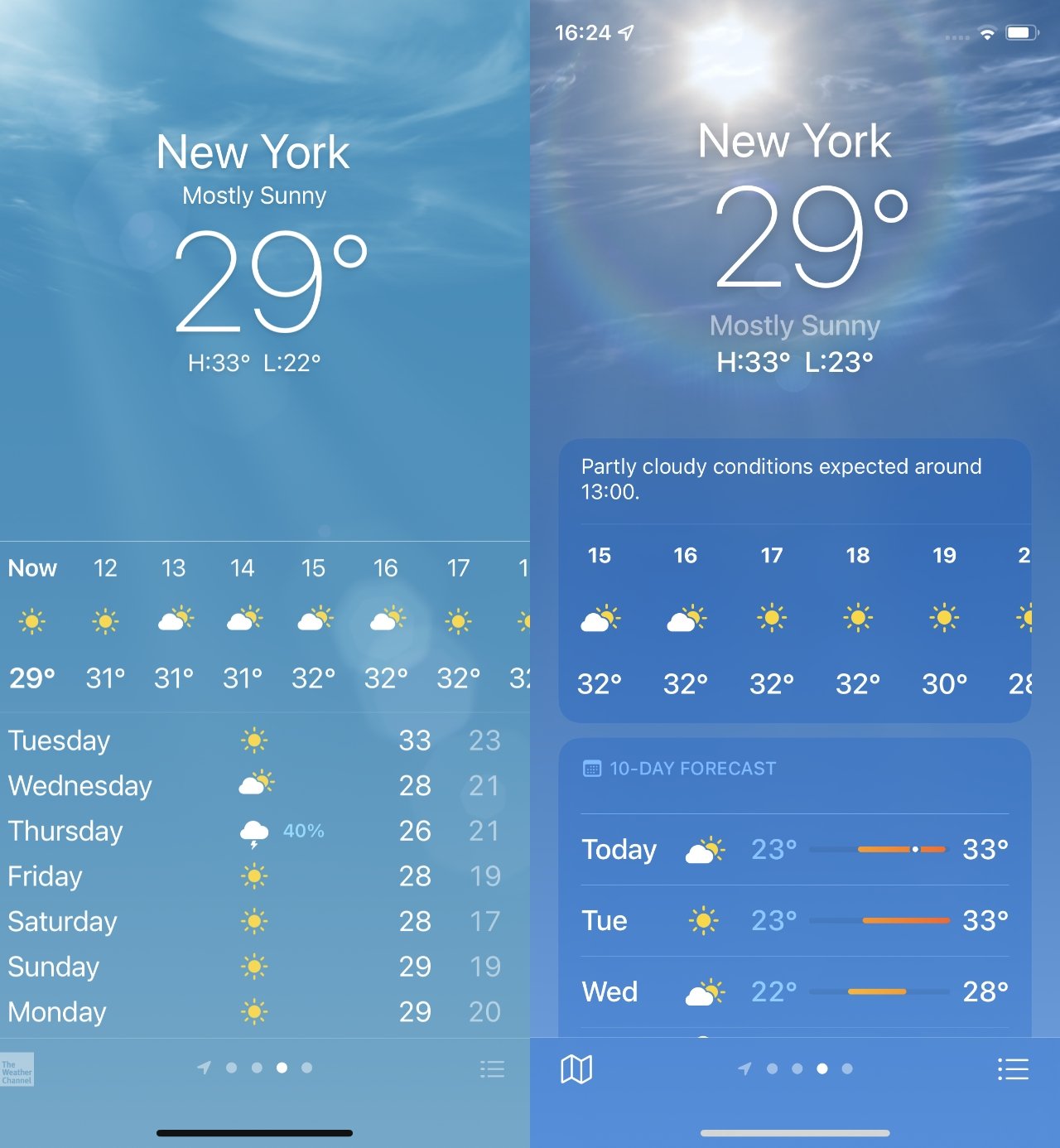