Apple today released iOS and iPadOS 14.5.1, minor security updates that come just a week after the release of the iOS 14.5 update. There is also a companion watchOS 7.4.1 update for Apple Watch and an iOS 12.5.3 update for older iPhone and iPad devices that don’t support Apple’s latest operating system versions. 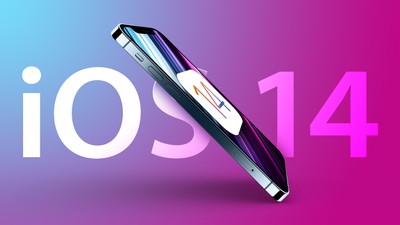 According to Apple’s release notes, the update fixes a bug with App Tracking Transparency that may have prevented some users from receiving prompts from apps.

This update fixes an issue with App Tracking Transparency where some users who previously disabled Allow Apps to Request to Track in Settings may not receive prompts from apps after re-enabling it. This update also provides important security updates and is recommended for all users.

Security notes for the release indicate that it addresses a memory corruption issue and an integer overflow in WebKit that could both be exploited using maliciously crafted web content. Apple says it aware of a report that these issues may have been actively exploited, so users are advised to upgrade immediately.

The iOS and iPadOS 14.5.1 updates can be downloaded for free and the software is available on all eligible devices over-the-air in the Settings app. To access the new software, go to Settings > General > Software Update.

Fri May 7 , 2021
Last week, Apple released iOS 14.5, and with it a new feature that sent online advertisers scrambling: For the first time, users can tell apps not to track their activity across different sites and services. In an attempt to dissuade them from doing so, the Facebook and Instagram iOS apps […]