A new analogy for ‘life’

Suppose you were studying the possibility of life on other planets. You might begin wondering, what is life? What if you then noticed that some computational systems – systems used for making math-based calculations – share similarities with biological life forms? That might have been the path to a new paper published this month (August 9, 2021) in the peer-reviewed journal Origins of Life and Evolution of Biospheres. In the paper, astrobiologist Oleg Abramov at the Planetary Science Institute and two other scientists proposed what they’re calling a novel definition of life. For example, they said, blockchain systems – the technology behind cryptocurrencies – self-organize in a way similar to how DNA organizes itself into chromosomes, ultimately driving biological evolution. Abramov commented:

This work presents evidence that the order observed in biological systems is fundamentally computational. A promising direction for future research is development of mathematical theories that calculate how biological systems order themselves.

Abramov and his team zeroed in on blockchain-based systems as a prime example. In its most basic terms, a blockchain is a digital ledger that can store data. For example, it can record information about cryptocurrency transactions, NFT ownership, and more. Forbes has pointed out that while any conventional database can store this sort of information, blockchain is unique in that it’s completely decentralized. Abramov explained:

The blockchain is an append-only data structure composed of subunits called blocks. [The blocks] are permanently ‘chained’ together … In practice, [the blockchain] is an immutable medium. It contains instructions in the form of computer code and is replicated across thousands of nodes, much like DNA [is replicated] in cells.

The word nodes, by the way, refers to the fact that – rather than a central administrator maintaining a computer in one location – many identical copies of a blockchain database exist in a large network of multiple computers. These many computers are the nodes. And they’re analogous – within the framework of this study – to cells, which contain many identical copies of DNA.

Abramov and his colleagues are not suggesting that blockchains are alive, in any sense of that word. But they are suggesting that blockchains exhibit some properties of life. A blockchain responds to its computational environment. It grows, adapts, self-regulates, and replicates in an operationally closed system, much as DNA does. The researchers wrote that, for this reason, blockchain technology can satisfy a theoretical definition of life. Abramov said:

For example, our observations reveal a number of functional and structural similarities between the blockchain and DNA, a self-replicating molecule that is the genetic blueprint for all known life.

What’s more, a blockchain system possesses possible advantages over biological life. For example, a blockchain system can pass traits down to its “offspring” even more efficiently than biological lineages. Once inherited, these traits are enhanced to self-direct their evolution. And unlike our carbon-based human lives, technological forms of life could theoretically enjoy a potentially unlimited lifespan.

Blockchain isn’t the only life-like technology in our modern world, the study authors wrote. Artificial intelligence (AI), which is based on artificial neural networks, coordinates operations in the same way a brain does. Is it possible that a product of their combination – a wholly new cybernetic system – could even be on the horizon?

While this train of thought might sound bizarre, a fundamental shift in scientific paradigms may be inevitable with the technological revolution in AI and digital currency on the rise, the study suggests. Who knows? Self-regulating systems might be on track to becoming indistinguishable from the biological life we study every day. Abramov has expressed that, if anything, analyzing computational and biological systems together is a promising direction for future research for scientists who study life in all its forms.

Bottom line: Computational systems share a lot of similarities with biological life forms. Blockchain in particular exhibits some properties of life and may satisfy the definition of life, at least in theory, according to a recent study.

Via The Planetary Science Institute

Lia De La Cruz is a Physics graduate and Editorial Assistant of EarthSky, contributing also as a field correspondent with a long-time passion for space exploration that began early in her college career. She started her blog SkyFeed in 2018, which earned a mention in Feedspot’s “Top 50 Space Blogs to Follow,” has been published in Smore Magazine, and led her to launch a communications career in tandem with her planetary passion. She currently resides in Southern California with her husband and small pug pup.

4 Kitchen Gadget Options For Setting Up A Modern Kitchen

Wed Aug 25 , 2021
Let’s together agree- we all look for appliances that can make our daily chores simpler and easier. Due to the extreme rush in performing day to day activities, we hardly get time to spend in our kitchen. However, all thanks to the modern and advanced technology that made our work […] 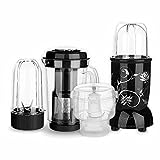