The Amarillo City Council recently heard an update on the potential of a city initiative in the works that would give all area residents basic access to broadband internet.

According to previous Globe-News reports, the model city officials are exploring would have open access for Amarillo residents for essential services on the internet, including education, healthcare, social services and banking.

Other services, including watching movies or television on streaming platforms and gaming, would require a subscription, which officials hope would pay for those community members using the network solely for essential services.

Place four city council member Howard Smith said discussions surrounding this service began in June, with committee meetings occurring every three to four weeks since then. Through those meetings, officials have come up with an initial vision to provide this service to the citizens of Amarillo.

Rich Gagnon, the city’s IT director, said the pandemic amplified the visibility, as well as the impact, of the digital divide throughout various entities.

The approach the city is proposing is to lead a community broadband project, with partners including the Amarillo Independent School District and Amarillo College as well as private businesses, to establish this basic broadband internet service for Amarillo residents, Gagnon said. This collaboration, surrounding a municipally shared private 4G LTE network, would help the entities share the infrastructure as well as the project’s cost.

“If you look around, there are a lot of broadband projects in the country right now. But what you are seeing is that the school district has a project, the city has a project and the college has a project,” he said. “But what we are proposing is why? Why would we do that? Why wouldn’t we work together to keep costs down and do this as efficiently as possible?”

Gagnon said the city has requested quotes from local broadband providers for this project.

“We are actually working on finalizing design so now that we have some definite partners we are working with,” he said. “On the 26th and 27th, we are doing a two-day session with our partners, to sit down and start to get the final details of the design done.”

After the RFQ, Gagnon said city officials plan to sit down with local providers, establishing what parts of town are most in need for this access and where the project would initially begin. In subsequent phases, the reach of the project would expand.

“Phase two would be expanding into geographic coverage for those services like police, fire,” he said. “Phase three would be coming back to fill in, so we can build better speeds in those areas we have provided basic coverage.”

The goal is to bring a contract to the Amarillo City Council in July so, if approved, construction on phase one could begin in August, Gagnon said.

But there are things that need to be ironed out prior to the contract being brought to the city council, Amarillo Mayor Ginger Nelson said.

“We have a lot of work in front of us,” she said. “This is only the second time that this is even before the council and there are a lot of details yet to be lined out, one of which is how do we pay for all of this, what would it cost?”

While the project remains in the early stages, representatives from area educational entities expressed their excitement regarding the potential of the project.

Ray Cogburn, executive director of the Region 16 Education Service Center, said if Amarillo participates in this initiative, it has the potential to be implemented not only locally, but across the Texas Panhandle.

As the entity that provides internet to many school districts throughout the Panhandle, Cogburn said they have found that more than 35% of students across the state have no internet access.

Nelson told the council that the city has had conversations with school districts in the area who have expressed interest in the project, including Highland Park, River Road and Amarillo.

Amarillo ISD Superintendent Doug Loomis told the council his district believes in the importance of the project.

“This initiative is beyond exciting for us… The technology is important, but that’s not really what’s important today,” Loomis said. “What’s really important is that we are standing here with you, along with Amarillo College and private business, working together as a team. We really are right on the cusp of doing something really special in Amarillo. We have the ability to change the workforce in Amarillo over the next decade to 20 years that we have never seen before.”

The next meeting of the Amarillo City Council is scheduled for May 25. For more information about the city of Amarillo, visit https://www.amarillo.gov.

Thu May 20 , 2021
Computer Viruses have been around for quite a while now, with almost all being spread through the internet or physical drives. The main objective of these viruses is pretty well known. Sneaking into the system, stealing, and destroying victims’ personal data are a few of the destructive traits they possess. […] 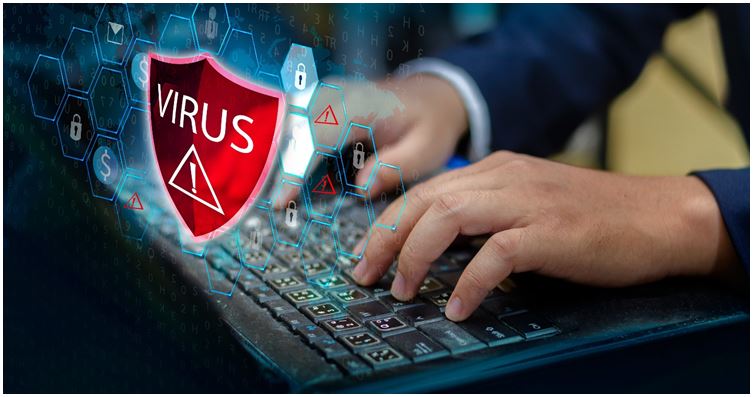