There’s no question that Batman has the coolest gadgets of any superhero in the DC Universe. He keeps everything inside his utility belt, which makes him an incredibly versatile superhero in terms of what he’s capable of dealing with.

RELATED: 10 DC Characters Batman Has Never Beat In A Fight

However, that doesn’t mean every gadget he’s ever come up with has been a winner. Over the years, Batman’s wielded a handful of gadgets that…maybe they weren’t the worst, but they were certainly quite questionable…. and sometimes just plain weird. The Silver Age involved a ton of either silly or over-the-top items, and the classic Batman ‘66 show didn’t do him many favors either.

10 Instead Of Regular Handcuffs, Batman Has Bat-Cuffs

Batman having handcuffs makes a certain kind of sense. After all, when he goes after criminals it’s not as if the cops are always waiting, so it’s probably best if he’s able to keep them in place instead of hoping they’ll stay unconscious until the authorities show up. Having said that though… do they have to be shaped like bats? The branding makes sense in some instances, but wouldn’t a pair of regular handcuffs do the job just fine?

There was a time where communication wasn’t as easy as a cellphone, and Batman isn’t exactly someone who can just wait on a rotary phone call. In the ’40s, Batman and Robin both kept devices that allowed them to communicate with one another. They kept them inside their utility belts, and they were incredibly complex devices compared to what the characters would carry on them these days. It’s always incredible when modern technology is so much less complex than older tech.

This was shown in Planetary/Batman #1 so it’s more of a parody portrayal of the caped crusader than anything. Still, it’s pretty funny that any version of the character would keep something that could get rid of specifically female villains.

RELATED: DC: Batman & 9 Other Characters Who Would Be Great In Horror Comics

Outside of Poison Ivy, Harley Quinn, and Talia Al Ghul, Batman doesn’t exactly have a ton of women terrorizing Gotham City. Why not Bat Male Villain repellent? Could he not figure out the formula for it? Or would that just make crime too easy for him?

The Batman television show had a ton of pretty hilarious gadgets that Batman would manage to keep on him for any such occasion. In one episode, a dangerous insect came at Robin and Batman seemingly had no more room for spray cans in his utility belt, and so rather than pull out some regular bug spray, he retrieved a simple fly swatter. But of course, it’s the Batman television show, so they had to put the prefix in front of it for the sake of branding.

What’s the quickest way to distract some hungry bears? Most people might not know, but Batman is aware that they all enjoy some nice fish. And because Batman is never caught unaware, he happens to keep fish treats on him just in case he needs to persuade some bears to work with him rather than against him. Naturally, this is something that made an appearance in the Batman television continuity—specifically the Batman ‘66 comic book, but that doesn’t make it any less useful in specific situations.

5 Batman And Robin Keep Crayons In Their Utility Belt

The fact that Batman and Robin have pointed out that they always carry crayons in their utility belt should remind readers that the character is made for kids, and not to make too much out of him being a “Dark Knight.” In Batman #149, the Dynamic Duo were dealing with some strange knights from another era, who in their attempt to escape, de-coupled a train car from its main train. To avoid causing a major accident, the two pulled out crayons from their utility belts to create a makeshift stop sign to provide a warning to the people below. Because, apparently, markers were just too expensive.

4 Batman Has Bat-Freeze Pill To Lower His Body Temperature

This is a classic example of people not understanding how science works in older eras. In an early issue of Detective Comics, Batman ran into a case where the Riddler had created a trap where a room would explode if it detected body heat sensors.

RELATED: 10 Things Bruce Wayne Could Do With His Wealth (Instead Of Being Batman)

Rather than simply wear a costume that masks body heat, this Silver Age version of Batman pulled out some Bat-Freeze Pills from his utility belt. They lowered his body temperature to allow him to finish the case, which is not how any of this works at all.

The caped crusader and his partner were trapped within a well by a criminal who hadn’t intended to do anything to them, only wanting to stop them from being a danger to his work. The two managed to escape, but they still needed to find a way to signal someone to get them back to land after being abandoned on a ship. They created a make-shift light-house to be discovered by using a set of matches with an abandoned gasoline drum and a bat sticker. Matches just seem like such a strange thing to keep instead of lighters, but perhaps Batman didn’t want to encourage smoking to children.

2 The Utility Belt Has Lollipops To Calm Down Scared Kids.

This is actually one of the more recent additions to Batman’s utility belt. The item makes an appearance during the storyline “Cheer” that’s being published in Batman: Urban Legends. After Red Hood messes up one of his own missions and has to carry around a young child, Batman appears and the two of them come to blows over Red Hood’s methods. When the child panics because of the situation, Batman pulls out a lollipop, pointing out how they’re known to calm children down. It’s a reminder that Batman is far more caring than he appears, because he’s always thinking of how to keep children from being afraid of him.

These days, Batman wants to do with guns outside of specific situations. Guns make things easy for a character like him, who’s already good at everything, while also being against the Comics Code Authority of the ’50s and ’60s.  So the writers have come up with various reasons to keep the character from using guns over the last few decades. But during the Golden Age, at least for a couple of years, Batman didn’t have a problem using guns.  He actually had a machine gun loaded on his Batplane, and used it once to take out a truck full of people that were going to pose a problem for Gotham if he couldn’t stop them in time.

NEXT: DC: The 10 Funniest Batman Moments From The Comics


Next
House Of M: Every Main Character’s Fate At The End Of The Series

Staff Writer for CBR, Sage Ashford has also written for Comicon as well as other sites such as The Gamer, and has been doing freelance work since 2014, and been working for CBR since 2017. His focus is primarily on spreading the word on obscure anime, comic books, and games whenever possible.

Sat Jul 17 , 2021
Warner Bros plans to sell NetherRealm Studios and TT Games, according to documentation seen by Windows Central scribe Jez Corden. Speaking as part of a podcast, the reporter noted that the Mortal Kombat and LEGO developers could be on the chopping block, following a complicated merger which will see overlord […] 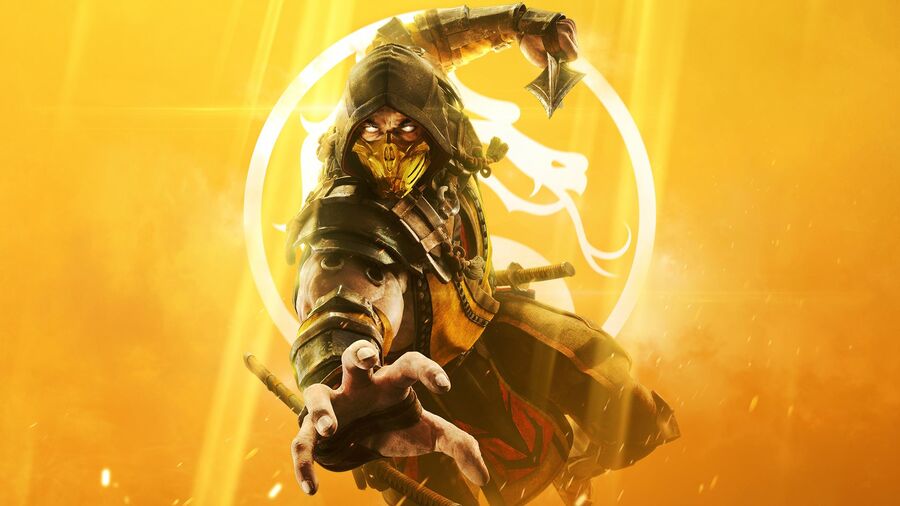