PS2 game boxes were entirely unremarkable, because they looked like every other plastic case available at the time, from Xbox games to DVDs. But an earlier design for them that Sony ended up ditching was a lot more interesting.

Earlier this year, Phil Salvador wrote a fantastic piece on The Obscuritory about Hock Wah Yeo, a designer whose wild and weird packaging designs were the best this business has ever seen. If you were alive and wandering into video game stores in the 90s, you’d have seen and remembered his work, on games like Jetfighter:

And Prince of Persia:

These, and loads more of his works, were incredible, and would instantly catch your eye as you walked into a store. By the end of the decade however, shifts in the way the video game business worked had taken place, and a push for growing standardisation in packaging from retailers and distributors led to the demise of these unique game boxes.

Just as his iconic cardboard creations were disappearing, though, Yeo was hired by Sony for “one last job with the game industry.” In the late 90s, with work well underway on the PlayStation 2, Sony was looking for somebody to design the console’s game boxes, and asked Yeo to take a shot.

The result was this. Fantastic. Like something a character in a 90s cyberpunk anime would risk their lives for, and call it something like a DataCel Disk. As you can see by the size of the disc, the cover art was much smaller than we’re used to, and the “spine” of the case is actually at the bottom. Wildly impractical, sure, but also cool as hell. Sadly it was not to be.

“During production of the prototype, the higher-ups at Sony Computer Entertainment in Japan stepped in and canceled the project,” Salvador writes, “preferring to use the standard DVD case design, which would have been significantly cheaper and easier to work with.”

Which it no doubt was! But still, stuff like this is enough to make you think, maybe even dream, about a video game industry where words like “retail standardisation” never became as important as “looks really cool.”

Fri Jul 30 , 2021
Amazon has updated the Alexa app on iOS so that you can access the voice assistant right from your home screen via a new widget. Everyone can use the assistant to remind specific members of your household to do tasks through a new “assign reminders” skill. Due to the somewhat […] 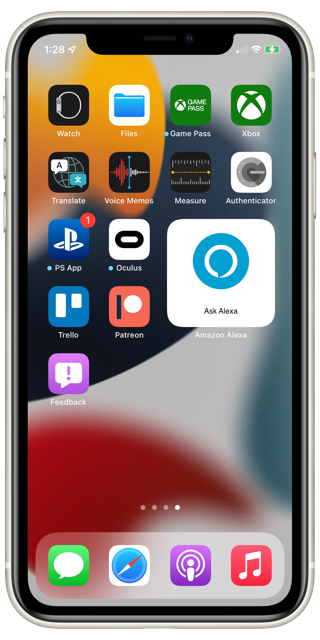