At first glance, iOS 15 may not seem like a monumental upgrade. But now that developers have had a chance to play around with iOS 15 betas, the forthcoming iPhone update is more compelling than you might think. For whatever reason, Apple during its WWDC keynote didn’t touch on some of the cooler features built into iOS 15. And seeing as how the iOS release is now just about two months away, we’ve gone ahead and listed a few iOS 15 features that Apple didn’t explicitly mention at WWDC this past June.

Apple Maps is finally catching up to Google Maps in one major area: scheduling options. In iOS 15, Apple Maps users will at long last allow users to call up directions while specifying a particular departure time or desired arrival time.

Drag and drop between apps

This is a particularly nifty iOS 15 tip. The next-gen iteration of iOS will allow users to drag files between apps. For instance, users will be able to drag an image from their camera roll and drag it right into an email. This is a welcome addition to iOS and should provide mobile users with a more desktop-style user experience.

Apple in recent years has made it much easier to update to a new iPhone model. With iOS 15, it’s about to get even easier. Once this iOS 15 feature arrives, users will be able to temporarily increase their iCloud storage when transferring data to a new device. In other words, even if your iCloud storage is running low, Apple will grant you “as much storage as you need to complete a temporary backup, free of charge, for up to three weeks.”

While we can’t say we’re fans of the new mobile Safari aesthetic, this is one iOS 15 tip you’ll want to be aware of. With the new iteration of mobile Safari, users will be able to “pull to refresh” whatever webpage they’re on.

This is an especially exciting iOS 15 feature to be aware of. With iOS 15, users will be able to take advantage of the “Find My Network” framework to locate a device even if it’s been erased. What’s more, Apple notes that it’s implemented security measures to make it harder for thieves to sell it.

“To help ensure that nobody is tricked into purchasing your device,” Apple says, “the Hello screen will clearly show that your device is locked, locatable, and still yours.”

The iPhone Weather app has always been decent, but it’s long lacked features available in popular third-party apps. To that end, the Weather app in iOS 15 will be getting some nice enhancements. As a prime example, iOS 15 can send push notifications when it’s about to start raining, snowing, or hailing.

Adjust text size on an app by app basis

For the first time, iOS 15 users can adjust the size of text on a per-app basis. This might be helpful if you want a large font for your email but a standard font size when browsing the web.

Some iOS 15 features we listed may require a newer device

Mon Jul 26 , 2021
The project comes as the real Notre Dame roof is being reconstructed after a 2019 fire. A crane was used to help get 46-foot long oak logs onto the campus. But the bulk of the work will be done using axes and other medieval techniques. (WTOP/John Domen) It’s hard to […] 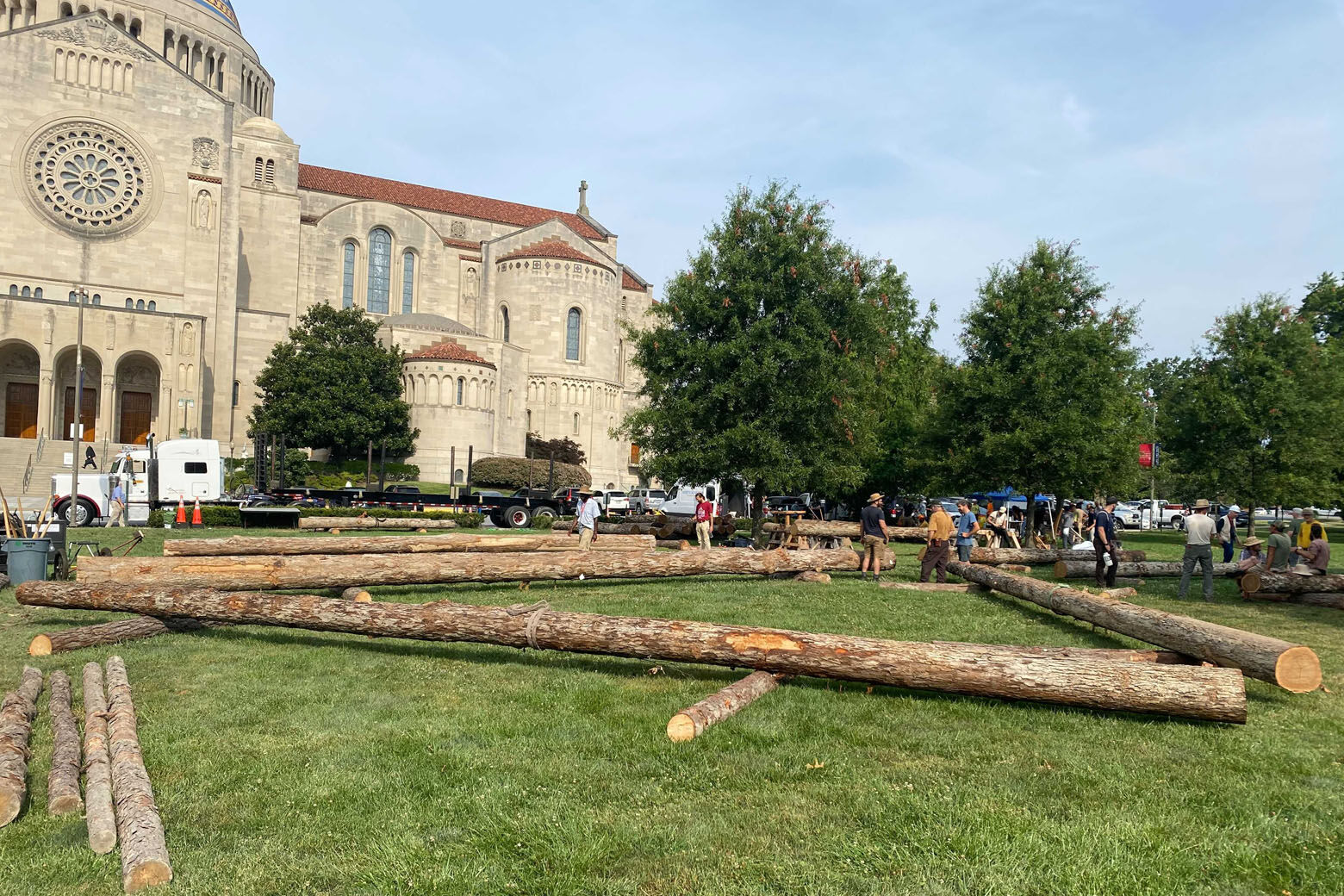