After rolling out beta releases for four months between the release of iOS 14.4 and iOS 14.5, Apple stepped on the gas with its latest update, launching iOS 14.6 to the general public just four weeks after iOS 14.5 arrived. Although iOS 14.6 is a significantly smaller update than iOS 14.5 — which added App Transparency Tracking, Unlock with Apple Watch, support for PS5 and Xbox Series X controllers, and more — there are still plenty of reasons to update right away.

Of course, there are obvious reasons, such as security updates and bug fixes that could keep your data safe from attackers, but we are also discovering new reasons to install iOS 14.6 as iPhone users get their hands on the software. As spotted by 9to5Mac, some users on Twitter and Reddit claim that actions in the Shortcuts app are running faster on the latest version of iOS.

“Before this update [iOS 14.6], it took a little over a second to run the “Night Mode” shortcut I made that contains only seven different simple Settings actions,” said Reddit user jasonefmonk on Tuesday. “I’ve noticed after the update that it now runs in approximately 1/4 second! It is very noticeable and a welcome fix for something that should be quite quick.”

Another user in the thread claimed that their 700 action shortcut used to take 30 seconds to run on iOS 14.5 and earlier, but now completes in just 13 seconds. Others saw more modest gains, but pretty much everyone who tested their shortcuts seemed to confirm the speed boost.

In order to further corroborate these claims, 9to5Mac did tests of its own and saw improvements on both iOS 14.6 and the first iOS 14.7 beta, which began rolling out to developers and public beta testers last week. That said, the site only began to notice significant gains on shortcuts that involved “dozens or hundreds of actions.” In one test, 9to5Mac ran a shortcut with 380 actions. On one iPhone running iOS 14.5.1, the shortcut completed in 8 seconds, but on another with iOS 14.6, it took 4 seconds.

Apple usually highlights all of the biggest changes in the release notes for its software updates, but for whatever reason, faster shortcuts didn’t make the cut for the iOS 14.6 release notes. Nevertheless, all evidence points to shortcuts being faster, so if you’re an avid shortcut user, update today.

Of course, you really shouldn’t need any additional reasons to update your iPhone, because Apple released a security notice about iOS 14.6 on Monday covering the dozens of security flaws addressed by the update. Spend just a minute or two scrolling through all of the dangerous exploits that Apple patched in iOS 14.6 and iPadOS 14.6, and I can all but guarantee you that you will be installing the update on every device you own as quickly as possible.

See the original version of this article on BGR.com

Cloudflare’s Manic Growth Hints at The Future of Cloud Networks

Tue Jun 1 , 2021
If you are networking company, a cloud network, or a content delivery network (CDN), you are probably watching Cloudflare very carefully. The rapid expansion of the company’s business model shows how fast traditional networking and technology functions are being subsumed into the cloud. In a recent earnings release, the company […] 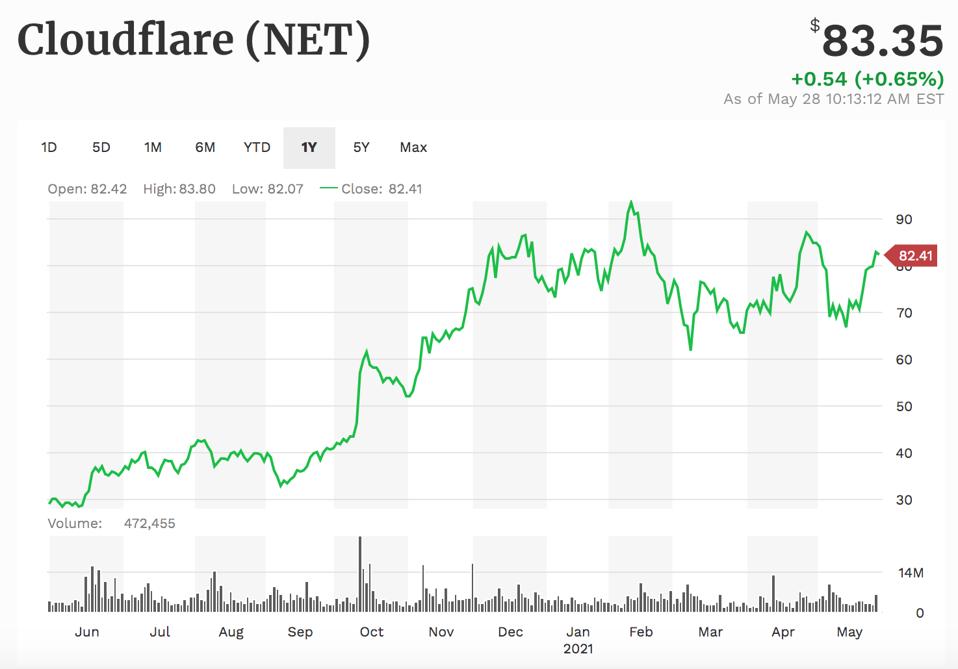