The Public Beta version of Apple’s iOS 15 is now available, which means it’s ready for anyone to download and try out on a spare iPhone. What’s it like when you do? I’ve installed iOS 15 on an iPhone 11 to find out by trying the new features already inside.

Most of the new features introduced during Apple’s Worldwide Developers Conference 2021 are available, with five making the biggest impact on me so far. Here’s a closer look at how they perform.

Safari has really changed, and upon opening it for the first time, I was very confused as to where to find anything. The search bar, traditionally at the top of all browser screens, is now at the bottom of the screen in a floating panel. It’s less intrusive and provides a lot more screen for webpages, but it’s very easy to miss the first time you open the app.

When you tap the URL, the search bar pops up, with access to tabs, bookmarks, Read Later, and other options gained through just two buttons. It’s all very minimalist, but the larger viewing area is very welcome, as is the speed. Safari has always been fast on an iPhone, but in iOS 15, it absolutely flies. I can see people swapping to Safari from Chrome or their other regular browser after trying it in iOS 15.

The Do Not Disturb feature has evolved in iOS 15 to become Focus, which has gained its own space right at the top of the Settings screen. In it, you can set up times where you want to concentrate on work or personal time, with options to exclude people and apps from interrupting you, or to allow notifications to be delivered. You can also add “time sensitive” notifications to the green list, which includes alerts from home security equipment or delivery apps.

It’s very easy to set up, and there’s plenty of customization options, ranging from dimming the lock screen to only letting you see a single Home page when Focus is active. This is an interesting feature, but needs some adjustment to be really helpful. Say you’re working and only want to see messages from Outlook and Teams, along with access to the browser and camera. If you create a separate home screen with only those apps on it, you can force the iPhone to only show that home screen and no others when Focus is active.

The problem is, you’ve then got a single home screen with only Outlook and Teams on it all the time. It’s unfortunate you can’t make it a Focus-only screen, with the icons integrated back into a normal home screen when the feature is switched off. Focus is activated using a button in the Control Center, where you can choose which Focus mode to switch on, or create an entirely new Focus mode that suits a situation other than work or personal time.

It’ll take some time to get exactly the right setup and to create separate Focus systems, plus I’d expect to tweak the settings a few times before you’re happy with the results, but having this level of control over your phone is really welcome. Focus will be worth the time you have to invest in it, especially since work hours have blended into personal hours a lot over the past year as many of us work from home more.

The standard Weather app has been given a redesign. It contains most of the same information as before, just presented in a new way. For example, the wind speed and direction is shown in a compass-like tile with an arrow pointing in the direction of the wind and the speed displayed in the middle. This style is repeated for rainfall, humidity, air pressure, and more.

New look animated backgrounds reflecting the weather conditions are very attractive, with richer, deeper colors, and more obvious images. There’s a big sun complete with lens flare when it’s sunny, and thick gray clouds when it’s cloudy. In iOS 14, the images and animations were more subtle. Conveniently, there’s also a general outlook for the region included, to save you from scanning through the hourly forecast.

Apple’s new Optical Character Recognition (OCR) feature is really intriguing, and technically very impressive, but it doesn’t seem to be fully working in Public Beta Version 2. It allows you to capture text with the camera and insert it into messages, emails, or Notes. Text can also be grabbed from photos in your gallery, screenshots, or even online.

It’s incredibly fast. In Facebook Messenger, long press the message line and a “Text from Camera” option is shown. Tap it and a viewfinder window opens over the keyboard. Show it some text and it instantly grabs it and pastes it into the Messenger window. In my brief tests, it has a 100% hit rate, so there’s no need to edit what it captures before sending. It also works in the same way in the Notes app.

Capturing text from images online is similar to how you’d copy and paste text normally — just tap and hold, then choose Copy from the pop-up menu. It works best when the text isn’t too small and hasn’t been formatted in an unusual way. It struggled with a very detailed restaurant menu, for example, but was fine with the explainer text about social distancing rules from the same image.

However, I couldn’t get the feature to work in the camera app. It’s supposed to show a Live Text button when the camera recognizes text in the viewfinder, but it has so far refused to do so. The languages available are also limited at the moment. Live Text doesn’t recognizes Korean or Japanese at the moment, for example, but is fine with Chinese, French, Italian, German, Spanish, and Portuguese.

I haven’t really been able to try out Shareplay much, and if you’re in the same situation as me, you won’t be able to either. Shareplay is Apple’s answer to many of us not being able to watch movies or listen to music in person with friends recently, as it lets you share your screen with others and watch or listen virtually instead.

It’s operational in the latest beta version of iOS 15, but to use it, you have to have friends with an iPhone because it’s activated through a FaceTime video call. It’s only compatible with Apple TV and iTunes content for now, but we expect other apps to be available when iOS 15 launches later in the year. It’s also dependent on both parties meeting regional requirements.

When you start a FaceTime call, there’s a small button showing a screen and a person. Tap that to start screen sharing, and then open Apple’s TV app or Apple Music. I couldn’t share a movie purchased through iTunes in the U.K. on a FaceTime call to the U.S., and even Apple TV Original shows wouldn’t play across regions. Music did play, though, whether it was stored locally or purchased through Apple Music. Operation is also a little confusing, with screen sharing having to be accepted before content plays, but this requirement not being immediately clear.

It’s a typically Apple feature, in that you and those around you have to be part of the club. If your friend has a Galaxy S21 Ultra, they won’t be able to join your watch party. Their messages of shame will appear in a green bubble, too, of course. However, when it does work, the potential is obvious. You can hear the music and still hold a conversation, and the album art is shown alongside both video images (blacked out for privacy in our images above). There’s definitely fun to be had with Shareplay, but it’s unfortunate the ingenious feature is hobbled by regional restrictions.

Should you install it?

This is not the final version of iOS, and while it’s certainly stable and usable enough to test — FaceTime when using Shareplay is the only app that crashed on me — I wouldn’t say it’s ready for everyday use just yet. In my time trying it out, it’s obviously using a lot more battery power than I would expect, indicating it still needs refining. I wouldn’t recommend installing it on your everyday phone for this reason alone.

Don’t expect any major changes regarding the way iOS looks, either. There are some subtle changes to various apps, such as the Information display in the Photo Gallery, and to the way notifications appear on the lock screen. I haven’t used iOS 15 long enough to see how the new Notification Summary works yet.

Apple’s iOS 15 introduces several useful, well-designed, and speedy new features that already work well in this early version of the software, and there’s plenty more to come. Consider it a refined version of iOS 14 rather than a big step forward, but there are several features that still make a big impact whether it’s due to impressive tech or everyday convenience.

If you’ve got a spare iPhone and want to install the Public Beta version of iOS 15, we’ve got instructions on how to do so. 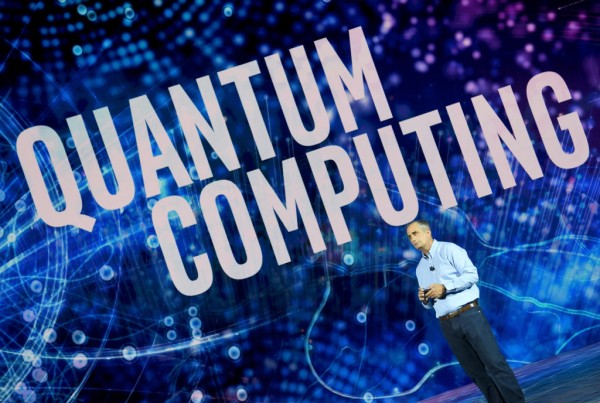