Today in London, a large a rally was held as part of a series of global gatherings against masks, vaccine passports, and lockdowns. And for some reason, a person at Saturday’s event was spotted waving around a flag connected to a popular Minecraft roleplay server.

The flag’s appearance, which was waved around proudly in a viral video, then sprouted a Twitter trending topic around “L’manburg.” Funny thing: L’manburg is a fake in-game nation that began on the popular Dream SMP Minecraft server. Whoops!

Dream is a mega-popular Minecraft speedrunner who has over 24 million subscribers on the platform. It’s not just that he’s a big YouTuber who is now pretty much the face of video games on the platform. Part of what makes him so notable is that his subscriber base exploded exponentially over the course of about a year. Known for his “Minecraft Manhunt” videos that garner tens of millions of views, he is often spotted trying to beat the game as quickly as possible while other players try to kill him.

Dream, along with other popular Minecraft content creators and streamers, is part of a large roleplay server named Dream SMP. He owns the server and helps maintain it, helping usher fans through various user-created storylines. That server is filled with numerous characters, alliances, and factions that make up what is basically a fictional society. One of these factions is named L’manburg. Here’s how the Dream SMP Wiki describes it:

According to the wiki, this was one of the few factions/nations on the server to have its own flag and national anthem. Though it no longer exists, fans still care about it enough to have made it physically real. This brings us to the person seen waving around a flag for this fake country at a rally that is, ironically, focused upon fake and false disinformation about vaccines.

How does something like that happen? It’s possible that the person seen with the L’manburg flag at the rally was a troll, there to simply execute a joke or make the people at the rally seem dumb. But it’s also possible that it was an accident.

A quick internet search for “Freedom Flag” brings does indeed bring up the L’manburg flag towards the very top of the results page. The result depicts an Amazon page for the flag up for sale. This listing doesn’t mention Minecraft or video games anywhere in the top section. It also only costs $9, with free Prime shipping. What a deal!

This was the theory floated on Twitter by former (😢) Kotaku reporter Nathan Grayson.

There is an actual Freedom Flag that does not pertain to a video game. It was created by a man in Virginia in 2001, after the 9/11 attacks in the United States. This Freedom Flag is meant to be a symbol that honors and remembers the many victims of that tragic terrorist attack. It’s possible the person waving this Minecraft flag had intended to buy this more somber and symbolic flag.

All of these details, alongside the fact that the flag was being waved around with a Trump flag, meant that it quickly went viral. While video game flags or emblems are routinely spotted at things like protests, usually there’s a clear connection between the two. Maybe, for example, the video game thing represents a similar value as the event. But in this case, there are only theories.

Some are noting that the person holding the flag seemed to be an older person, which can easily feed into the narrative that the whole thing was an accident. But age doesn’t preclude you from playing Minecraft, of course. It’s 2021. Anything is truly possible.

Kotaku has reached out to YouTuber Wilbur Soot, the creator of the L’manburg flag and a general history nerd. At one point, he wrote up a surprisingly detailed explanation behind the L’manburg flag’s design and meaning on Reddit back in December 2020.

As for Dream, he infamously found himself in some hot water back in June after a group of speedrunning moderators and personalities came together to publish a lengthy paper, complete with figures and complex math, about why it was likely that Dream cheated to win some Minecraft records. While he initially denied it—and even hired a mathematician to disprove the allegations—he later admitted the truth. Despite this controversy, however, his videos and channel are still extremely popular.

Thu Jul 29 , 2021
CNN —   The Chamberlain MyQ Smart Garage Control explains itself with the name. For $29.98, it sets out to be a catchall solution for remote access to a garage door complete with intelligent features. By definition, it’s an entry-level smart home gadget — and not one that requires you […] 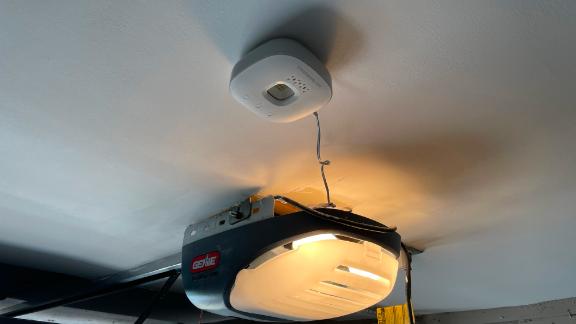