Epic Games, we learned courtesy of a likewise epic document dump in the midst of its lawsuit with Apple, is spending mountains of money to make games exclusive to its store—which is fine, because it’s got mountains of money to spend, and big plans for the future. But a more recently released document, seen via Simon Carless’ GameDiscoverCo newsletter, indicates that there was actually one game in Epic’s “first wave” of exclusives, released between December 2018 and June 2019, that made money for Epic.

The titles in the original graph are redacted, but redditor MrBubbaJ took a run at matching up release dates, which are visible on the chart, resulting in the assumption that the game launched on March 19, 2019 is Satisfactory. The MG—”minimum guarantee,” which is essentially the amount that Epic paid to get it onto EGS and keep it off of Steam—is $11.5 million, a hefty sum but also very mid-range on this particular chart. But in its first year of release—still in early access, mind—it earned $11.6 million, making it the only game on the chart to cover its costs.

Satisfactory is a known hit: Epic doesn’t share ownership numbers the way Steam does, but Coffee Stain Studios said a week after launch that it had surpassed 500,000 sales, making it the company’s best launch ever and pushing back on sometimes-forcefully-expressed doubts that games can be sales successes without Steam. Even so, it’s interesting to see just how successful it was, and how it’s possible—rare, yes, but possible—for Epic to turn a profit even as it drops big bundles to keep games exclusive. (Wes on our team really loves the game, I’ll note.)

It’s also worth mentioning, though, that the return-on-investment picture remains relatively bleak over the long-term: Only two games, Satisfactory and Dauntless, and possibly a third—there’s a separate entry for a game released on March 19, which may or may not be a second entry for Satisfactory—are expected to earn back their minimum guarantee cost over their lifetime.

Epic can afford to eat those losses—and apparently plans to, as it continues its quest to claim territory from Steam—but some of those expected washouts carry awfully big price tags. A game released on June 15, 2019, for instance—possibly Journey, which the Epic Store only lists it as being available in 2019—cost $14 million but had only earned $300,000, just 2% of its minimum guarantee, and was only expected to recover 6% of its MG over its lifetime.

An even more notable loss can be seen in Metro Exodus, which topped the minimum guarantee list with $37 million, but had earned back less than a third of that and is expected to cost Epic more than $22 million lifetime. It is perhaps a little surprising that a major release like Metro Exodus didn’t put up stronger numbers, but it was also one of the early Epic exclusives and came at a time when reactions to games avoiding Steam were running very hot. Epic didn’t do itself any favors in that regard either, swooping in to scoop the game from Steam just a couple of weeks before it was set to launch—a decision it later came to regret.

An Epic Games representative declined to comment on the documents.

Mon Aug 9 , 2021
Enlarge / Apple executive Craig Federighi unveiled iOS 15 this summer. That version is coming later this year. Apple has issued a new software update for iPhones, iPads, and Macs just a few days after the company launched macOS 10.15 and iOS/iPadOS 14.7. The updates add no new features, but […] 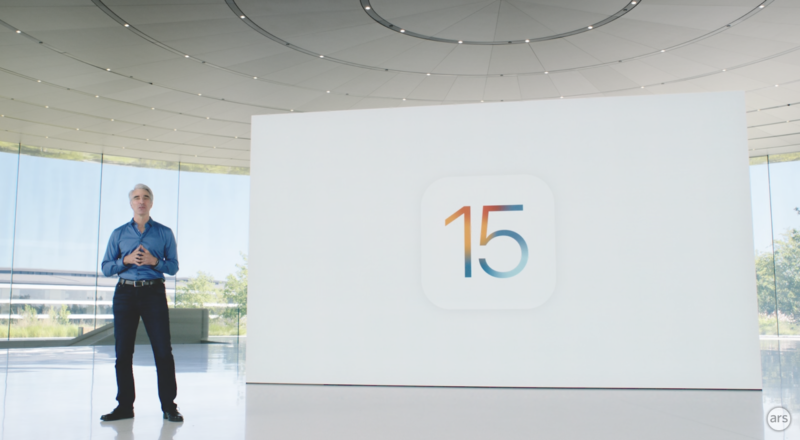