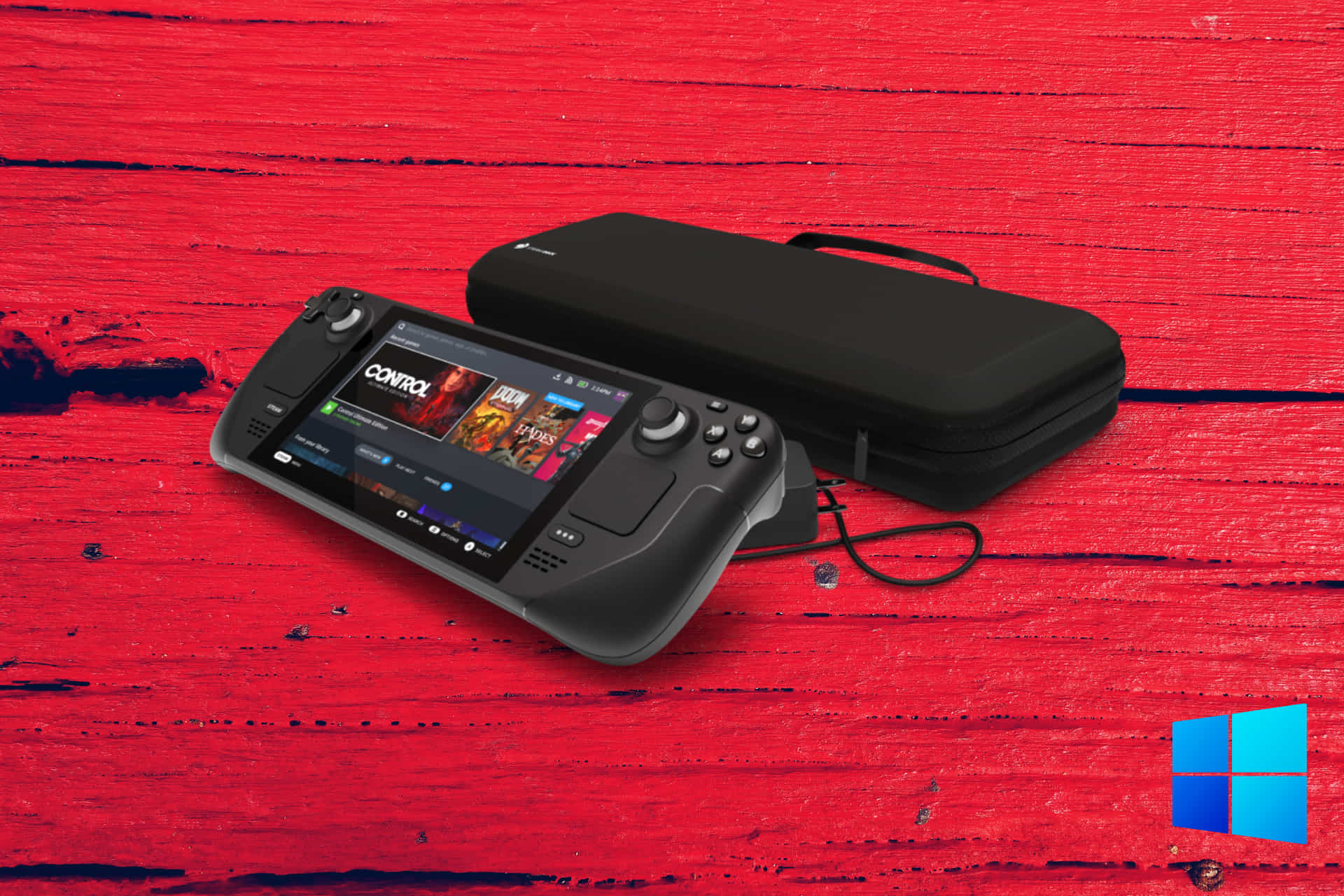 Since we’ve seen Windows 11 already running on all sorts of gadgets, among which mobile phones, Surface devices, the Raspberry Pi4, a wide range of foldable devices, as well as on Hades Canyon PCs, users are already thinking about the next step.

And no other gadget could jump on our minds when we are thinking about handheld devices, other than the already popular Steam Deck.

We already know that it supports the Windows 10 operating system. But what about Windows 11?

What exactly is a Steam Deck device?

First of all, for those of you that aren’t familiar with Steam Deck, know that it is a portable gaming device designed by Valve, that runs on powerful hardware, and provides a wonderful on-the-go gaming experience.

For the time being, you can only reserve Steam Deck, because it will be available starting December 2021, as Valve has not yet released the commercial unit.

Everyone is excited about the whole new experience, as it features a custom Steam OS that is smooth and efficient.

It runs with a 4-core AMD CPU along with the latest RDNA 2 architecture GPU, so it will be performing really well when running AAA titles.

Especially since the developers have focused on providing the content on 720p resolution, which is more than enough for a 7-inch screen.

Will Steam Deck be compatible with Windows 11?

Some internet sources confirmed that it’s possible to wipe the Steam OS completely and install a fresh copy of Windows on it.

However, until now, we don’t have any confirmed update on whether Windows 11 will be supported on the Steam Deck.

The great majority of users are confident that the Steam Deck will be able to run Microsoft’s new OS without a problem, giving them the possibility to play some awesome Android games.

As expected, this subject sparked endless conversations across social media platforms, as everyone is now curious and eager to explore new possibilities.

We already know that Windows 11 will support native Android apps and, obviously, people want to try it.

Since Google decided to change app format from APK to AAB, Amazon promised that it will put in the work and deliver AAB support for Windows 11.

So what are our choices for running Android apps on Windows 11? The first, and the easiest one, is to run the Android apps natively on the upcoming OS, as Microsoft said it will be allowed.

Our other option will be to make use of an Android emulator, in order to install and enjoy the games we want.

But all that we have now, regarding running Windows 11 on the Steam Deck are just speculations because these devices are not yet available.

So, until we can get our hands on an actual gadget, it’s hard to tell if it will be compatible. Unless someone does manage to obtain such a device and actually tries to install the new OS on it.

Have you already reserved your Steam Deck device? Let us know in the comments section below.

Was this page helpful?

Mon Jul 26 , 2021
Photo: Valve Valve’s Steam Deck is a powerful piece of hardware, based on the specs released. According to Valve, it’s powerful enough to play everything the company has tested on it at 30 fps or more. Announced on July 15, the Steam Deck is Valve’s Switch-like portable PC that will […]