As we all have been spending a lot more time online this past year as a result of the coronavirus pandemic, so too has there been a dramatic increase in cybercriminal activity. Google registered a record two million phishing websites in 2020, nearly a 20% increase from the year before, and detected an average of 46,000 new phishing websites every week.

Of course, the best way to protect yourself from viruses and malware is to steer clear of phishy looking sites and not respond to emails from shahs asking you to transfer funds to them. But with such a proliferation of scams out there, it’s hard to keep your computer 100% secure — even if you have a Mac. This is all the more true if your computer is used by multiple family members, and especially so if you have kids going online.

One of the best ways to protect yourself is by installing antivirus software, which will defend you against not only computer viruses but also phishing attempts, malware, trackers, adware, and spam. Many also come with additional services like VPN, dark web monitoring, and password protection, and some are even free! To help you decide which software to choose, we’ve highlighted our picks for the best antivirus software below.

Fortunately, it doesn’t cost an arm and a leg to get great antivirus protection. Vipre offers an antivirus subscription plan for as little as $15 a year to protect five devices. But while its basic plan, Antivirus Plus, will protect you against viruses, malware, spyware, and ransomware, we recommend going with its top-tier protection, the Ultimate Security Bundle, especially if you own a Windows machine.

With the Ultimate Security plan, you’ll also get anti-spam protection for warding off phishing attempts, a firewall to block suspicious network traffic, anti-tracking, a blocker for your webcam and microphone, a scanner that checks if your information is being shared on the dark web, and an unlimited VPN to use with all your devices. Living up to its name, the Ultimate Security Bundle will give you complete peace of mind. Even better, right now it’s only $40 for the first year ($140 thereafter), which is $100 off its regular price. Plus, if you’re not completely satisfied, Vipre offers a 30-day money-back guarantee.

They say the best things in life are free, and while we know that certainly isn’t always true, Bitdefender’s Antivirus Free Edition makes a good case for it. While the company offers free antivirus software for Mac desktops and laptops as well as Android devices, Bitdefender works particularly well with Windows machines.

Bitdefender was designed to be fast and obtrusive so that it won’t use up much of your computer’s resources. Instead of doing time-consuming scans or popping up with ads or suggestions, Bitdefender works in the background, monitoring activity and utilizing behavioral detection. Then, when it detects something suspicious, it springs into action. This is particularly good news if you are a gamer who wants antivirus protection but doesn’t want software using up precious processing power.

Bitdefender’s free edition protects against phishing by sniffing out and blocking suspicious websites and scans for malware, viruses, worms, Trojans, ransomware, zero-day exploits, rootkits, and spyware. For those wanting additional protection or a VPN, Bitdefender offers two additional levels of security starting at $30 per year.

First released more than 30 years ago, Norton has long established itself as a trusted brand in protection against viruses. As such, you’ll get added peace of mind when you sign up for one of Norton’s four levels of protection. And you can give Norton a test run with a seven-day trial.

While Norton’s antivirus protection starts at just $20 for one year of Antivirus Plus, we’d suggest going with Norton 360 Premium as you can currently get your first year for $95 off its regular price. For $30, you can protect up to 10 devices, which includes both Mac and Windows machines, as well as smartphones and tablets.

Norton will protect you against viruses, spyware, malware, and ransomware and comes with features like a Smart Firewall, 100GB cloud backup, a VPN, and a password manager. Even better, there are parental controls for keeping your kids safe online. Plus, Norton just announced that it will be adding cryptocurrency mining abilities, so you could actually make back some of that subscription fee.

Another long-trusted name in antivirus software, Kaspersky, like others on this list, offers several levels of protection, and right now, they’re all half-off. Its base level starts at $30 for the first year and will protect three devices, but for just $20 more ($50), you can upgrade two levels to its Total Security package, which not only gives you added services but will also protect an additional two machines.

This subscription will protect you from viruses, malware, spyware, ransomware, and phishing email, and will defend against network attacks. It also has payment protection to keep hackers from stealing your credit card information, a vault for storing sensitive documents, password protection, parental controls and an adult content blocker, and a two-way firewall. It also comes with a GPS child locator and blocks webcam spies from accessing your computer’s camera.

Sophos keeps things simple by offering one level of cybersecurity. Its Sophos Home service is compatible with Macs and Windows PCs as well Android and iOS devices. For $60 a year (or less if you opt to purchase a two- or three-year plan), you get a good deal of protection. It begins by doing a deep scan of your device for viruses, Trojans, rootkits, spyware, etc. Then it continues to protect against such threats, as well as A.I. intrusions, in real time. It guards against webcam invasions and encrypts your keystrokes to keep your passwords protected against hackers. Sophos also blocks phishing and other suspicious sites and automatically scans your downloads. And it comes with parental controls and filtering options for keeping your kids safe. Protection for 10 devices is included in your subscription, as is 12-hour live email and chat support.

Another free and light option, Avast is available for Mac and Windows machines as well as Android and iOS devices. Its machine-learning virus protection is designed to defend your computer without slowing you down. Avast uses smart analytics to detect and block viruses, malware, spyware, ransomware, and phishing before they affect/infect your machine. It also scans your computer to detect vulnerabilities and inspects your Wi-Fi network for weaknesses and strangers piggybacking on it. Should you need them, Avast also offers additional premium services for a fee.

McAfee is perhaps the longest-running name in protection against viruses. It first unveiled its antivirus software in 1987, long before we had to worry about phishing and spam. The company has kept up with the times, though, and still offers premium protection in the form of a number of different packages. While plans start at the promotional rate of $35 for the first year of McAfee’s Single Device plan, its Family Plan is a much wiser choice, offering more robust protection for a larger number of devices (10 instead of just one) for just $10 more. Like other services, McAfee is compatible with Mac, Windows, Android, and iOS devices and comes with a 30-day money-back guarantee. In addition to the protections you would expect (virus, spam, malware, etc.), it comes with VPN, firewall, and password manager. Plus, if you enroll in auto-renewal, you get identity theft protection and a free year of Gamer Security, which consists of cloud-based antivirus protection, game-boosting technology, and robust system monitoring. Even better, McAfee has 24/7 support service.

Trend Micro, like its competition, offers a number of levels of antivirus protection, but its Premium Security Suite is our favorite. One thing that sets it apart from other software and services is that it works with Chrome devices in addition to Windows, Mac, Android, and iOS machines. As such, it’s a great choice for families with kids using Chromebooks to do schoolwork, especially as it supports up to 10 devices.

At $70 for the first year ($130 after that), Trend Micro’s cloud-based A.I. technology delivers proactive protection against viruses, malware, phishing, spam, ransomware, and other threats. It also protects against identity theft by monitoring the dark web for your information and checking data breaches to see if your email address, credit card number, passwords, or bank account details have been leaked. You also get a VPN that protects your network when you are at home and keeps your mobile devices safe when using public Wi-Fi networks. Additionally, Trend Micro provides 24/7 support for when you need it, including remote diagnosis and repair.

Tue Jun 8 , 2021
Many new homeowners prioritize buying furniture and appliances that they can use at home. They also buy a well-stocked toolbox, garden supplies, and a lawnmower. But if they already have the basic items for the home, the next items on the list will be tech gadgets. These gadgets make life […] 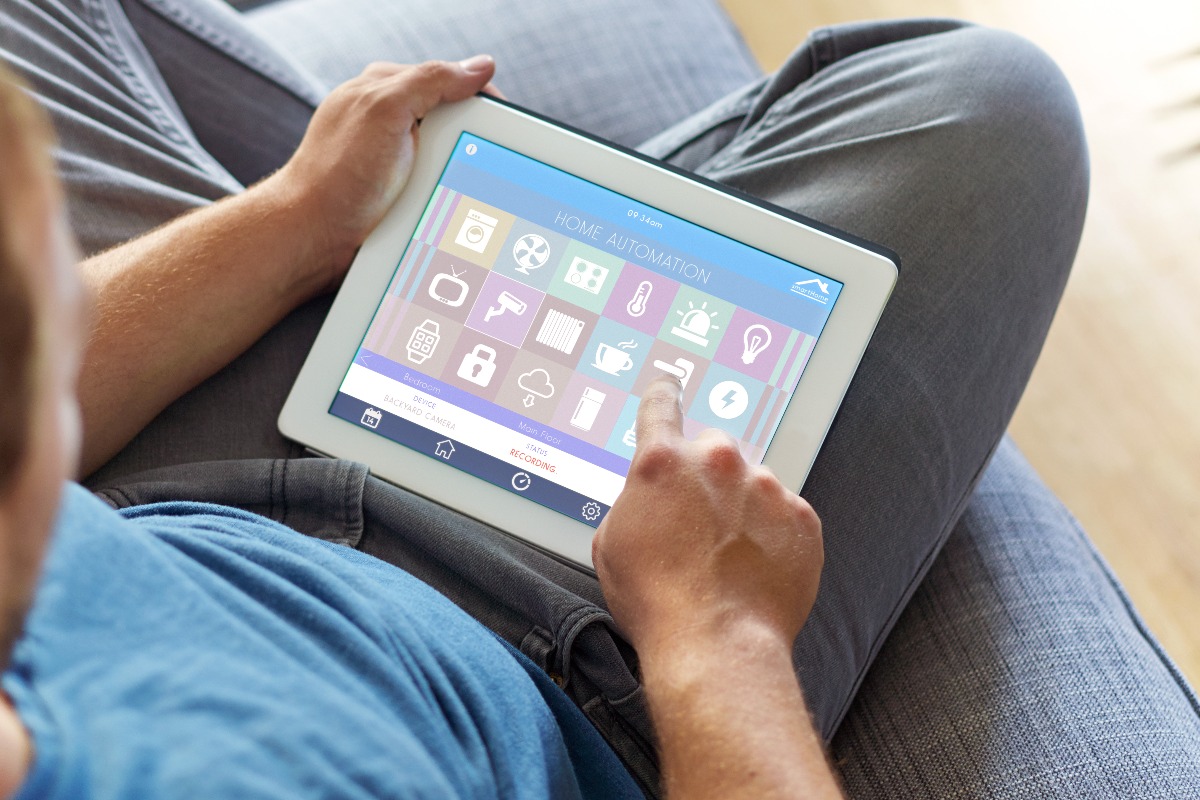