IT resilience and security is essential to today’s businesses, so dependent are they on their IT systems. For some of those who have been around this industry more than a decade or two, this raises a big question: why doesn’t the mainframe attract greater attention? Part of the answer may […]

IT resilience and security is essential to today’s businesses, so dependent are they on their IT systems. For some of those who have been around this industry more than a decade or two, this raises a big question: why doesn’t the mainframe attract greater attention?

Part of the answer may lie in the fact that, as IT infrastructure systems evolve and new solutions come to market, those responsible for product positioning and marketing of those newer solutions typically use one of two approaches. The positive approach is to highlight the benefits of the solution they offer. The negative version is to characterise existing solutions as ‘legacy’, the clear implication being that the technology concerned is past its best.

Why do we welcome a legacy in a will, but not in the data centre? 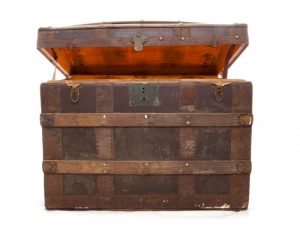 What’s inside – treasure or trash?

Unfortunately, the last 20 years have seen many attempts to position the mainframe as legacy – as something that organisations should wish to replace with more up-to-date alternatives. But characterising modern mainframes – which mostly means the IBM System Z – in this way is wildly inaccurate.

The truth of the matter is that mainframe technology, despite now being well into its sixth decade of use, is still seeing considerable innovation, with huge investment from IBM and the surrounding ecosystem of software developers.

In fact, the core processors, the offload engines, and the entire internal configuration of the physical components that make up the mainframe are amongst the most advanced in the IT industry. Their development continues apace, too, always with the goal of ensuring that the mainframe remains the most secure, resilient, and reliable platform available to run mission critical workloads.

The other criticism that has long been levelled at the mainframe is that it is expensive. This is another example of how, at best, language can be misleading. It is true that the mainframe has a significant purchase price, but then it is designed to run very large workloads. When measured in terms of the cost per workload, the mainframe is usually found to be similarly priced, if not cheaper, than other systems able to run such workloads. Importantly, it can also sustain such workloads at very high utilisation rates, meaning that little investment has been consumed by idle or unused resources.

And in any case, as with most if not all IT platforms, it’s no longer always about buying things outright. For example, there’s long been a variety of ways to acquire and run mainframes, including pay-per-use and flexible capacity schemes that align with the growing “cloud model”.

The modern mainframe is ‘just another’ IT component

In reality then, the mainframe remains a critical component of many systems and IT infrastructures because of its operational qualities and cost profile, not because it is too difficult or expensive to migrate away to another platform. After all, many vendors have had programmes encouraging such migrations for several decades, but the usage of mainframes, in terms of scale of total compute base deployed is not shrinking. In fact it enjoys steady growth because it is very good at what it does, and it continues to evolve.

Significantly, the evolution of the mainframe also continues in the diversity of the software ecosystem that surrounds it. For example, the mainframe can run Linux and much other open-source software, and it can now support containers and modern application development methods such as DevOps, not just traditional approaches.

This opens up a raft of new possibilities that combine the business need for rapid app development, the need for IT flexibility to meet fluctuating demands, and a platform with very different properties to the tiered x86 infrastructures usually associated with modern software.

It is even possible now to use modern software methods on the mainframe to open up existing application portfolios, allowing new solutions to access data held in mainframe data stores and enabling the mainframe to be integrated into a hybrid IT landscape. Now it’s no longer ‘either/or’ – the modern mainframe is one option among many when defining and building IT architectures, but it’s one with unique capabilities and properties.

In this world, perhaps we should indeed see the mainframe as a ‘legacy’ – but in the sense of a valuable gift from the past, a legacy that can enrich future generations, not weigh them down.

Sat Aug 14 , 2021
It is important that you have convenient access to the most frequently used utilities while working on your computer. One of these, at least for me, is Windows Settings. They serve a plethora of purposes and I heavily rely on them. One of the easiest ways to make them accessible […]