Back in January, Twitter revealed “Chirp,” its first-ever proprietary font. Eight months later, the company has finally rolled out the new font. Aside from the new font, Twitter is also rolling out a few other design changes that it says will make its website and mobile apps “more accessible” and less cluttered than before.

Today, we released a few changes to the way Twitter looks on the web and on your phone. While it might feel weird at first, these updates make us more accessible, unique, and focused on you and what you’re talking about.

“Chirp strikes the balance between messy and sharp to amplify the fun and irreverence of a Tweet, but can also carry the weight of seriousness when needed,” Twitter said when it first revealed the font. With the switch to Chirp, all Western-language text now aligns left on Twitter.

I want to give a bit more depth to Chirp, our new typeface.

Type, in 280 character doses, is the foundation of Twitter. In the history of the company we’ve either relied on someone else’s typeface, from SF Pro and Roboto, to Helvetica Neue in our brand. pic.twitter.com/OrvlYsxF9g

Twitter has updated its color palette to be high contrast and a lot less blue. This change, according to the company, will help “draw attention to the photos and videos you create and share.” It also plans to roll out new colors soon to give users a fresh palette. If you have a Twitter Blue subscription, you can already change the colors of the mobile app and its icon on both iOS devices and the best Android phones.

Twitter’s new buttons are high contrast as well to make the “most important actions you can take stand out.” The follow buttons can now help you see what actions you’ve taken at a glance. To reduce visual clutter, Twitter has reduced the number of gray backgrounds and unnecessary divider lines. Text is also now easier to read, thanks to increased space. Twitter says this is only the start of more visual updates as it becomes “more centered on you and what you have to say.”

The changes appear to have widely rolled out already, but some of you may have to wait a little longer to see the new font and updated color palette.

Give your schedule some personal flair

Google Calendar is simple to use, but tricky to master without a guide. We’ve followed all of Google’s additions and improvements to Calendar for years, and we know how to get the most out of the Android app or browser app. Here are our favorite ways to improve Calendar, from extensions to keyboard shortcuts.

The fourth Android 12 beta has officially arrived with “Platform stability,” leaving just one more minor beta release before the final version in September. From much better customization to privacy and security features, this is what you need to know about Android 12.

Mon Aug 16 , 2021
Apple’s new system for comparing your photos with a database of known images of child abuse works on your device rather than on a server. Credit: Apple The proliferation of child sexual abuse material on the internet is harrowing and sobering. Technology companies send tens of millions of reports per […] 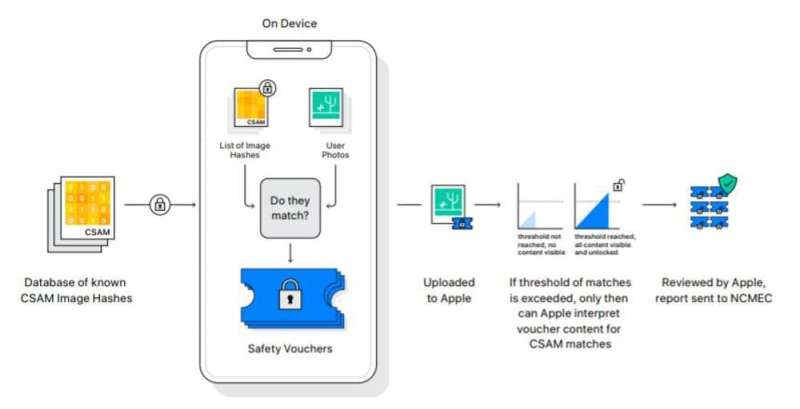