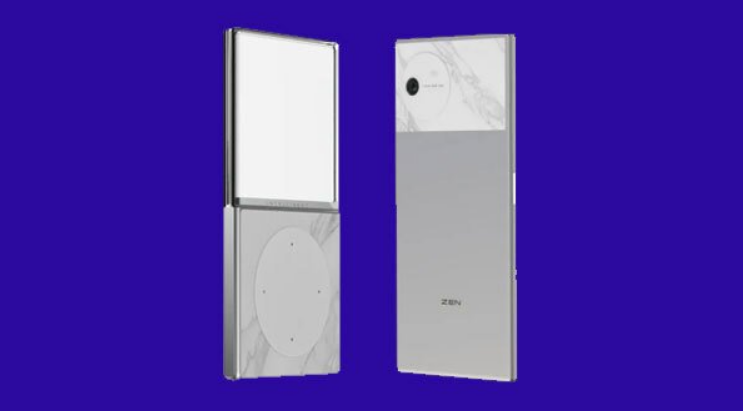 Vivo doesn’t appear to be content with just revisiting the pop-up selfie camera design; the company may include an Apple iPod design into one of its products. Another patent filing for a future Vivo smartphone confirms this. So, what does Vivo have in store for futuristic smartphones? Find out more by reading on:

Superzoom Camera Smartphone From Vivo With A Pop-Up Mechanism

LetsGoDigital has uncovered Vivo’s most recent patent submission with the WIPO (World Intellectual Property Organization). The firm is attempting to create a strong camera smartphone with a motorized arrangement. Unlike today’s smartphones, which use a single image lens, the Vivo concept phone contains numerous sensors in a single module that expands in a pyramid form.

What Is The Vivo Superzoom Camera Phone’s Function?

As previously stated, the leaked photos depict a pyramid-shaped pop-up camera with several sensors (up to four when completely extended). When the setup retracts, the complete setup is aligned in a box configuration (smallest sensor at the center). The camera sensors are arranged in an overlapping pattern.

The prototype Vivo phone will most likely be able to offer high-resolution clarity with magnified photos thanks to numerous sensors linked together. The details are not included in this patent. Once the gadget is in production, it will be obvious how much optical and digital zoom it will provide. It’s worth noting that this gadget is only a concept, and it’s likely that it’ll be on paper for the rest of the year.

What About Vivo’s Smartphone That Looks Like An iPod?

Vivo has filed its second patent application with the CNIPA (China National Intellectual Property Administration). This is one of the most distinctively designed cellphones, and it exudes a retro atmosphere.

This Vivo prototype phone looks eerily similar to Apple’s famous music player, the iPod classic. The display is housed in the upper half of the phone, while the circular back design is housed in the lower half, according to leaked patent photos. It’s difficult to predict what features this forthcoming Vivo Phone, which looks like an iPod, will have. However, it’s difficult to rule out the possibility of specialized media playback and other features.

There is no news on whether or not this device, like the Vivo Suprzoom pop-up camera phone, will be available. It is currently unknown whether the business will be able to bring this gadget into production any time soon.

Furthermore, many patents with innovative designs and technologies are submitted, but only a handful see the light of day. There are few odds that the prototype Superzoom pop-up phone or the iPod-like smartphone would become official anytime soon unless Vivo itself provides any details about their development.

Wed Aug 11 , 2021
Who doesn’t love cats? Image: CyberConnect2 / Kotaku It’s any given moment in time, and you all know what that means: It’s time to celebrate everyone’s favorite fluffy little bundles of chaotic indifference, cats. Whether they’re sneaking through the back streets of a cyberpunk dystopia or being loaded into a […]