Editor’s Note: Morning Tech is a free version of POLITICO Pro Technology’s morning newsletter, which is delivered to our subscribers each morning at 6 a.m. The POLITICO Pro platform combines the news you need with tools you can use to take action on the day’s biggest stories. Act on the […]

Editor’s Note: Morning Tech is a free version of POLITICO Pro Technology’s morning newsletter, which is delivered to our subscribers each morning at 6 a.m. The POLITICO Pro platform combines the news you need with tools you can use to take action on the day’s biggest stories. Act on the news with POLITICO Pro.

— Define this: The FTC filed its amended complaint against Facebook. But not everyone agrees with how the agency defines a “personal social network.”

— Still skeptical: Apple has scrambled to contain the outcry over its child safety features. But its critics, which now include major civil society groups, protest that the company hasn’t done enough.

IT’S FRIDAY, AUG. 20. WELCOME TO MORNING TECH. I’m your host, Benjamin Din. Jeff Bezos, if you’re reading this, will you invite me over for some artisanal soft-serve ice cream? Thanks!

A ‘PERSONAL SOCIAL NETWORK’ BY ANY OTHER NAME — The tech antitrust world is abuzz over the surprisingly narrow definition of “personal social networking” that the FTC used in its amended complaint against Facebook, filed Thursday.

According to the agency, prominent social media networks like Twitter, Reddit, YouTube and TikTok don’t count, and Snapchat is in fact Facebook’s main competitor. These distinctions are important to the amended filing, because a judge threw out the FTC’s original complaint over its failure to explain why the agency believes Facebook holds a dominant share in its market.

— Not like the rest: A personal social network, according to the FTC, is an online platform that allows users to stay in touch with “personal connections in a shared social space.” That definition rules out platforms like Twitter, Reddit and Pinterest, which it described as interest-based platforms where users don’t necessarily know each other, as opposed to platforms focused on existing personal connections. It also doesn’t cover messaging platforms, because those lack a shared social space.

And the FTC also determined TikTok was focused more on “content broadcasting and consumption” than on interacting with friends and family. (Meanwhile, Instagram, owned by Facebook, would indeed fit under the FTC’s definition.)

The agency’s rationale drew plenty of skepticism, especially as Facebook rolls out new features that seem to mimic those of platforms that the FTC said wouldn’t fall under its definition. Others argued that the FTC’s reasoning was too convoluted. “These are Olympic-level gymnastics, and I suspect the judge will penalize the FTC’s leaps of logic,” said Adam Kovacevich, CEO of Chamber of Progress, a tech industry coalition that includes Facebook.

— Food for thought: Is there a reasonably interchangeable substitute for Facebook? That is, if Facebook were to disappear tomorrow, what U.S. platform would be able to replace it and offer the same experience? Your MT host does not have a great answer for this and would love to hear what you think.

SOCIAL MEDIA’S SELECTIVE HEARING — A man named Floyd Ray Roseberry spent the morning livestreaming himself threatening to destroy the Library of Congress with what he claimed was a car bomb — and it took Facebook hours to deactivate his account.

It’s not the day Facebook was hoping for, after CEO Mark Zuckerberg appeared earlier on “CBS This Morning” for a much-hyped “special announcement about the future of Facebook”: the launch of a virtual reality meeting workspace.

— An industry-wide problem: Roseberry mainly broadcast footage of himself driving or sitting in his car while speaking. If watched on mute, nothing about the streams’ visual content would have raised any particular red flags — unlike, say, the live video streamed by the gunman who committed the 2019 Christchurch mosque mass shooting. As new live audio platforms like Clubhouse, Twitter Spaces and Facebook’s Live Audio Rooms pop up, it remains unclear to what extent even the biggest tech companies are prepared to monitor them.

Existing automated content moderation tools are largely text-based, making audio spaces particularly difficult to police, according to the Anti-Defamation League. One solution, in addition to using human moderators, would be to transcribe the audio using an automated service and then run it through a text-based tool. But that also poses a challenge, considering how much more nuanced speech is than text (think how intonation or sarcasm can easily change meaning) and how differently people speak from how they write.

“Both of these options seem technically daunting, ethically questionable when considering the potential for wrongful enforcement, and invasive for users in an audio-focused digital space,” the ADL wrote.

DIALING UP THE PRESSURE — More than 90 digital civil liberties and human rights groups signed onto a letter Thursday raising concerns about the potential impact of Apple’s proposed child safety initiatives on LGBTQ+ youth.

Under Apple’s proposed plan, the organizer in a family plan would be notified when a child under 13 sends or receives sexually explicit content. The assumption Apple makes is that the parent and child “have a healthy relationship. This may not always be the case; an abusive adult may be the organiser of the account, and the consequences of parental notification could threaten the child’s safety and wellbeing.” (Apple said there are at least two opt-in steps for parents to receive notifications, as well as warnings about parental notifications before a child sends or receives such a message.)

Even Princeton researchers, who worked on a similar project to identify child sex abuse materials in end-to-end encrypted services, conceded in a Washington Post op-ed on Thursday that many of these safety features’ “downside risks probably don’t have technical solutions.”

The effort from Apple, however well-intentioned it may be, has also been panned by critics for creating a possible backdoor to users’ encrypted messages, if governments were to pressure Apple to scan for other kinds of information. In response to those concerns, Apple wrote, “We have faced demands to build and deploy government-mandated changes that degrade the privacy of users before, and have steadfastly refused those demands. We will continue to refuse them in the future.”

What remains to be seen is whether Apple has the “ability — and steadfastness — to uphold its signature privacy creed in the face of new obstacles it has created itself,” writes Claude Barfield, senior fellow at the American Enterprise Institute, in a blog post out this morning.

THURSDAY’S FCC QUOTE DU JOUR — Sen. Ben Ray Luján (D-N.M.) to acting FCC Chair Jessica Rosenworcel at a Commerce Department roundtable on the importance of broadband access: “I think that we need to unleash the work that the commissioner can do, and I hope to get a fifth FCC commissioner to help you with that, Jessica!”

Matthew Berry has joined Akin Gump Strauss Hauer & Feld as a partner in the communications and information technology section of its regulatory practice. He was previously general counsel and chief of staff to former FCC Chair Ajit Pai. … Konstantinos Papamiltiadis is joining Snap as VP of platform partnerships after holding a similar role at Facebook. … Rob Thormeyer has left his role as VP of comms and advocacy at the Utilities Technology Council.

Jeff Merritt will lead the World Economic Forum’s Center for Urban Transformation, which will be headquartered in Detroit and is expected to launch in October. Merritt was previously New York City’s director of innovation and ran the forum’s Internet of Things and Smart Cities projects for the past four years. … David L. Berdan has been named acting deputy director of the U.S. Patent and Trademark Office, where he is currently general counsel. David Shewchuk will serve as acting general counsel.

Podcast OTD: NYT’s Kara Swisher talks to former Trump spokesperson Jason Miller on how he aims to get his old boss back on social media.

ICYMI: How is Apple taking on state legislatures seeking to pass app store bills? “It all comes down to strong-arming,” Emily reports for Pros.

Say what: OnlyFans is planning on banning sexually explicit material from its platform, NYT reports.

Making it rain: Quantum computer startups are seeing record investments. Global capital has reached $2.5 billion this year, compared to $1.5 billion for all of 2020, The Information reports.

Security update: Facebook is rolling out new security features for users in Afghanistan to help them protect their accounts, head of security policy Nathaniel Gleicher said on Twitter.

ICYMI: Sen. Roger Wicker (R-Miss.), the ranking member on the Senate Commerce Committee, is one of three senators who reported testing positive for Covid-19 on Thursday, despite being vaccinated. Read more from POLITICO’s Maeve Sheehey.

HAVE A GREAT WEEKEND!

A new facility for new training in an old industry

Mon Aug 23 , 2021
MENTOR, Ohio — Manufacturers around Mentor and the surrounding community are taking their own steps to create the next generation of well-trained workers in Northeast Ohio with the skills to work in that industry in the future. Alliance for Working Together (AWT) is breaking ground on its roughly $3 million […] 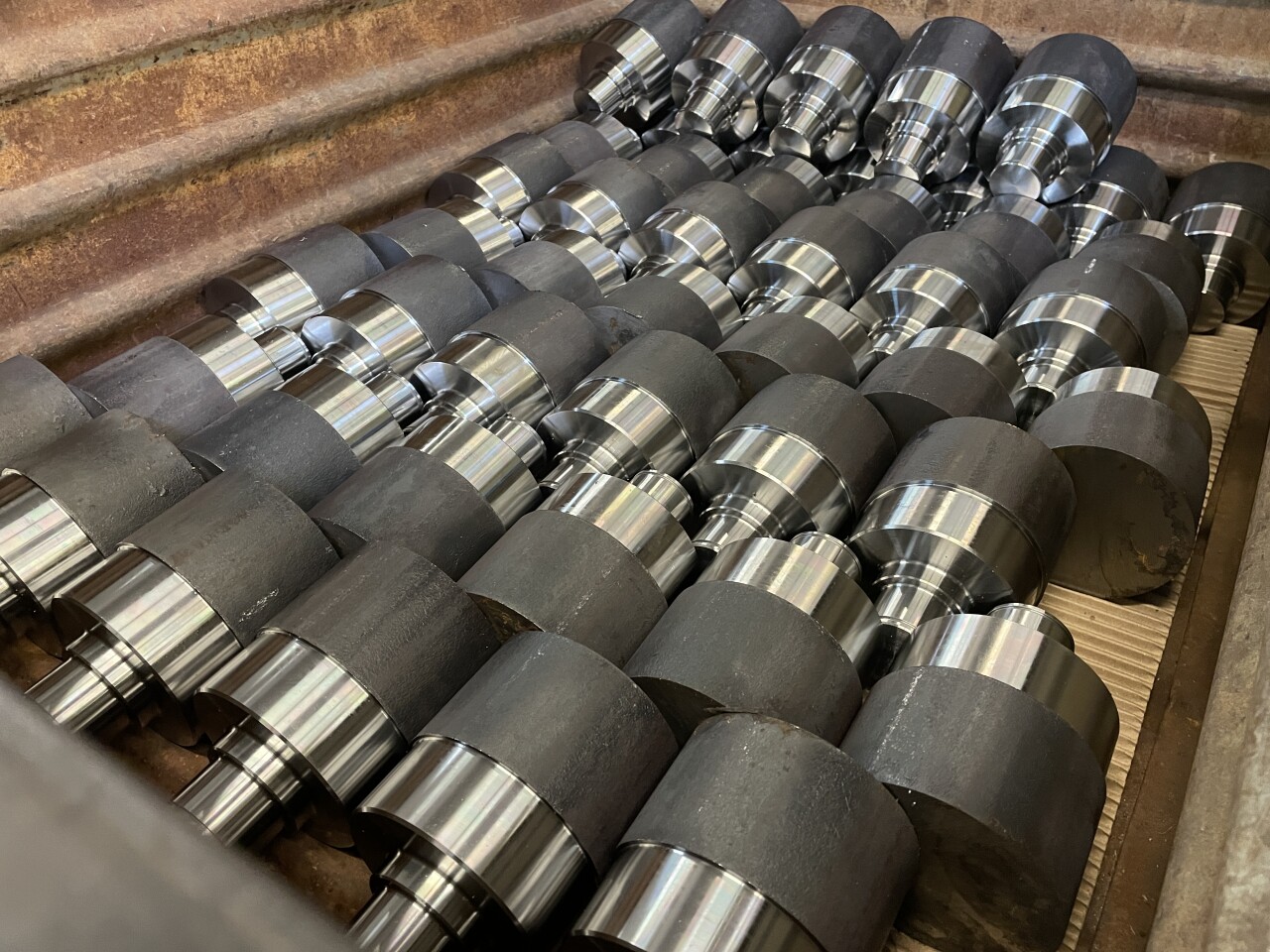