Steam has many scoreboards. The “Top Sellers” section ranks releases by total recent revenue (which explains why the $999 Valve Index regularly tops Steam’s sales chart). Steam Stats tabulates who’s playing what. And elsewhere on Steam, a crystal ball contains a list of the most-wishlisted games.

It’s a revealing, ever-changing picture into what PC gamers are excited about, or intend to buy. And though the stuff sitting at the top isn’t too surprising, this window into the future reveals at least partly the collective purchasing intentions of PC gamers.

“Steam wishlists are one of the most important pre-release metrics for PC game,” says Simon Carless, founder of GameDiscoverCo, an agency that researches game discovery. “What makes them important is that Steam account holders are willing to click on the ‘I want to be reminded about this game’ option. Obviously, a small percentage of those might be from people who are less interested, but once you start getting up into the hundreds of thousands or low millions, it is fairly indicative of interest.”

Here’s what I see when I look into this crystal ball.

Cyberpunk 2077, the previous king of Mt. Wishlist through 2020, was supplanted by Dying Light 2 Stay Human just days after it released on December 9.

Dying Light 2, the zombie parkour RPG, has sat atop the throne ever since. And after many delays, it will release on almost the same date, December 7, one year later.

With a hype train enthusiastically behind it, will Dying Light 2’s launch go smoothly?

These two big games do have plenty in common: they’re both technically ambitious, first-person singleplayer RPGs with a focus on action, mature storytelling, high-end presentation, and responsive systems. They’re both from European studios. Two of the big promises made on Dying Light 2’s Steam page would be at home in Cyberpunk 2077’s marketing copy:

It’ll be interesting to compare the initial receptions of these games. The extended, still-evolving troubles of Cyberpunk 2077 create an atmosphere where Dying Light 2 could be lumped in as déjà vu, should it launch with major technical issues.

Maybe most notably, with about four months before release, no one in the press has played the game. We will hear a bunch more about it at Gamescom this week.

About 30 of the top 100 wishlisted games, by my categorization, are from big, established studios. This includes stuff like Icarus (from DayZ creator Dean Hall, who started his own studio in New Zealand), Atomic Heart, Age of Empires IV, and even Farming Simulator 22, which can be loosely considered an established franchise at this point.

The remaining games are from smaller teams. Timberborn, a “lumberpunk” city-building game all about beavers. N1RV Ann-A, the cyberpunk bartending anime game. That H.R. Giger-ass first-person horror game, Scorn. And a smattering of Noun Simulators. At #5 and #6, Party Animals and Hollow Knight: Silksong are the highest smaller-studio games on the list.

It’s not news that Steam is overflowing with independent games, but it is worth remembering that they didn’t always get to occupy this much shelf space with so-called blockbusters.

WoW players ache for the next great MMO

One of the things we’ve been keeping an eye on is the tremendous hype around New World (#2 on this list), Amazon’s MMO that should be the company’s most successful launch when it finally emerges.

One of the things that seems to be motivating the enthusiasm for New World is the particular mixture of fatigue and hopefulness embedded in the World of Warcraft community. WoW remains a tremendously popular game, but both versions of it are in various states of friction with their communities recently: the popularity of Horde in Classic is proving disruptive, players are upset about how expensive some account services are, and mainline WoW has faced new criticism of its storytelling. In-game protests in response to the sexual harassment scandal at Activision Blizzard cast another shadow over the game.

“I can honestly say New World, while not perfect, is the closest I have come in 15 years to reliving the fantasy, excitement, sheer awe and fun an MMORPG can bring,” begins a popular recent Reddit post from the community.

The Walking Dead hasn’t been the most popular TV show in almost a decade, but undead of one variety or another create one of the strongest themes at the top of the list, suggesting PC gamers see them as the basis for good universes:

Since Jan 1, we’ve seen Deathloop as one of 2021’s most exciting games. It’s Arkane, the studio that’s made complex, wonderful first-person games like Dishonored 2. It’s published by Bethesda. And it’s being positioned as a “next-gen first-person shooter.”

But it’s only sitting at #38, a rung below Frostpunk 2, which only just announced its existence about a week ago. What would it take for Arkane’s games to reach the massive appeal of something like an Assassin’s Creed?

In my mind, adult games co-exist pretty comfortably on Steam in 2021. The notion that Steam has been overwhelmed or materially changed by adult content doesn’t bear out on this wishlists ranking. Of the top 100, one adult game, Succubus, sits at 44th.

Of course, the social dynamics of the wishlisting systems might discourage players from marking adult games: if your Steam profile’s public, friends can see the contents of your wishlist. Discoverability within Steam is probably another factor here: Steam’s account preferences allow you to fully exclude products from the store that are either “Generally Mature,” or separately, ones that feature “Nudity or Sexual Content” or “Adult-Only Sexual Content.”

The bottomlessness of PC gaming

This connects with my second point about parity—there’s more happening in PC gaming than any one person can keep track of. That’s a sign of health. Fundamentally.

I’m the global editor-in-chief of PC Gamer, ostensibly an expert in what’s upcoming on the platform. But among the top 50 most-wishlisted games, there are five that I don’t recall ever hearing of:

Manor Lords – Medieval strategy with a focus on “organic citybuilding”

Even after writing a year ago about how unpredictable PC gaming has become, it’s a pleasant surprise to stumble on genuinely interesting genre entries like WorldBox that I didn’t know about. That’s an experience that anyone can have basically any day in PC gaming: sticking your arm into the void of Steam, rummaging around, and pulling out something that looks promising. And of course this list omits what’s releasing on Epic, GOG, Itch.io, and other storefronts, where there’s more stuff still.

When does iOS 15 come out? Release date, features, more

Sat Aug 28 , 2021
Apple took the wraps off iOS 15 at WWDC in June with beta testing happening since then for developers and the public. With September right around the corner, the official release for the latest iPhone software is close and comes with an all-new Safari, Focus mode, Live Text, redesigned Notifications, […] 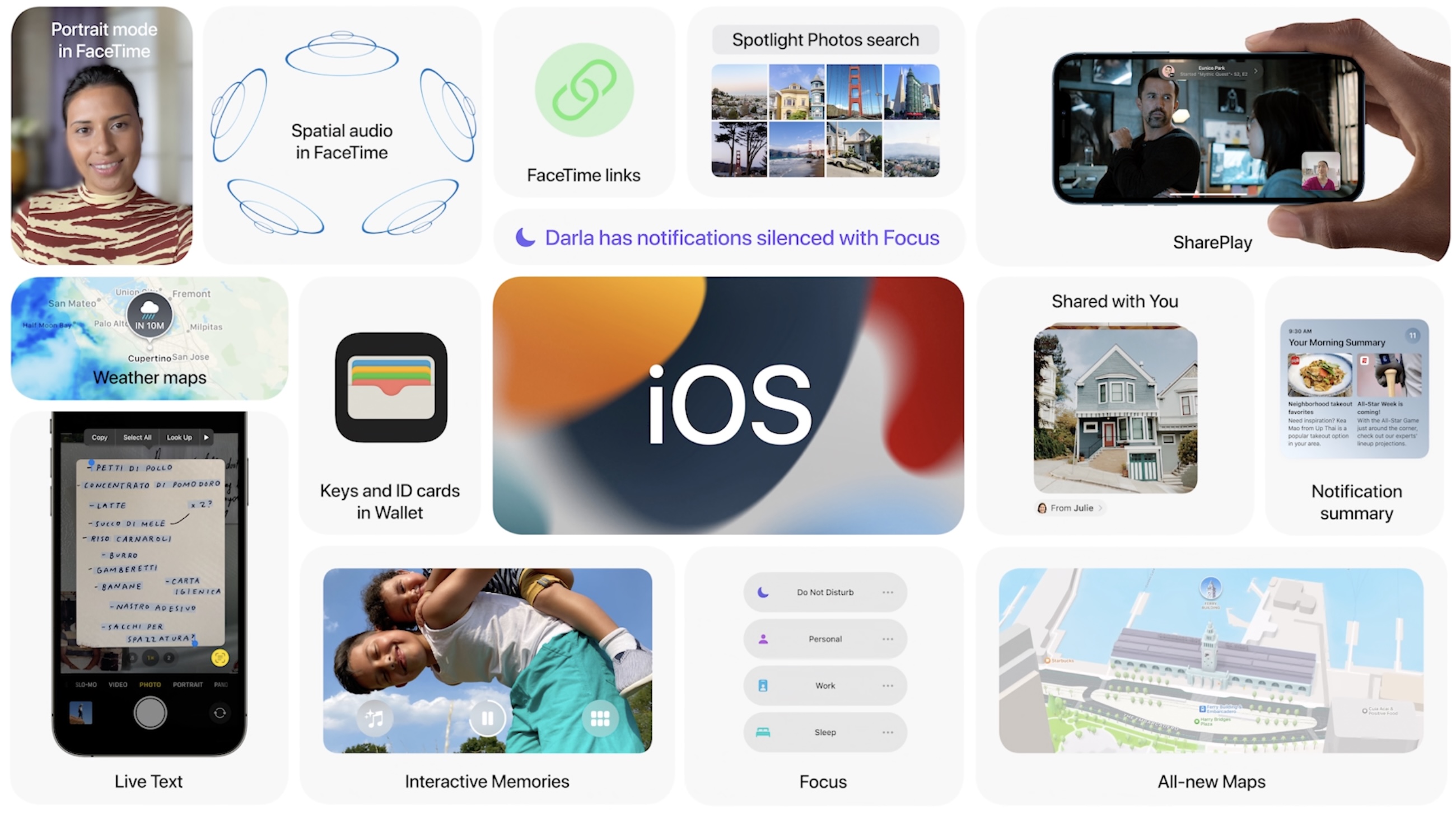