Yesterday Apple released iOS 14.6 beta 3 to developers and public beta testers, and although there aren’t a ton of new features, there are several interesting points of note surrounding this release. Watch our hands-on video walkthrough for a rundown of what’s new in iOS 14.6 beta 3, and be sure to subscribe to 9to5Mac on YouTube for more hands-on videos.

The third iOS 14.6 developer beta features build number 18F5065a, and Apple has provided release notes specifically pertaining to beta 3. In the release details, Apple notes that it has fixed an issue relating to starting up where an iPhone may experience reduced performance.

The release notes also go on to include general iOS 14.6 information, including the new feature for staying on the beta train after updating to an iOS release candidate. As I outlined in our in-depth iOS 14.5 overview video, users who have updated to an iOS release candidate will have the ability to move on to the next beta release without having to reinstall a beta profile. This new feature is found at the bottom of Settings → General → Software Update, under a heading entitled “Also Available.”

iOS 14.5 hasn’t been officially available all that long, but already Apple has stopped signing the release, making it impossible to upgrade or downgrade to iOS 14.5. The reason behind Apple’s quick action has to do with what happened back on May 3, when iOS 14.5.1 was released. The iOS 14.5.1 update was a critical security release that contained fixes for exploits that could result in arbitrary code execution. In other words, it’s imperative that users update to iOS 14.5.1 or later in order to keep their devices safe, and Apple’s decision to stop signing anything below iOS 14.5.1 will only hasten the move.

The App Store receives a new splash screen related to App Privacy Details. iOS 14’s privacy enhancements include the controversial App Tracking controls that I discussed in our iOS 14.5 video walkthrough. The update also includes App Privacy cards that outline how apps manage and track your date, how data is linked to you, etc. These cards are found at the bottom of every app on the App Store that has been updated since Apple mandated their inclusion.

The Podcast splash screen outlines the upcoming podcast subscriptions and podcast channels features that Apple announced at its recent AirTag, iMac, and iPad Pro event. Although these features are no-doubt present in some form under the hood, there are currently no new user-facing clues as of yet in the Podcast app. These updates will most likely be present in the iOS 14.6 RC.

The Find My app’s Lost Mode feature can be used with both Apple’s AirTag and other Find My-compatible tracking devices. When you lose a device, you can put it into Lost Mode, which allows you to leave a phone number that the finder of the item can use to contact you.

In iOS 14.6 beta 3, Find My has been updated to support leaving an email address instead of a phone number as a means of contact. The email address is pre-populated with your Apple ID email address, but you can change it to an address of your choice.

Although I was able to enable Find My’s Lost Mode using an email address as a means of contact, the finder of the item doesn’t appear to be able to view my email address correctly in this beta. It’s likely that upcoming betas will flesh out what is obviously a work-in-progress beta feature.

After the huge launch of iOS 14.5, version 14.6 will likely be the final update featuring noteworthy new features. Apple will soon launch the initial beta of iOS 15, which is scheduled to arrive in just a few weeks at WWDC. In the meantime, we’ll be sure to walk through the upcoming Podcast app enhancements and additional features like Apple Card Family support, once those items arrive.

Quantum computing: Intel's cryogenic chip shows it can control qubits even in a deep freeze

Wed May 19 , 2021
Intel teamed up with QuTech to work on another approach to quantum control.     Image: Tim Herman / Intel Corporation Intel’s quantum computing efforts are starting to show tangible results: two years after the company first unveiled its Horse Ridge cryogenic control chip, researchers have demonstrated that the technology is delivering […] 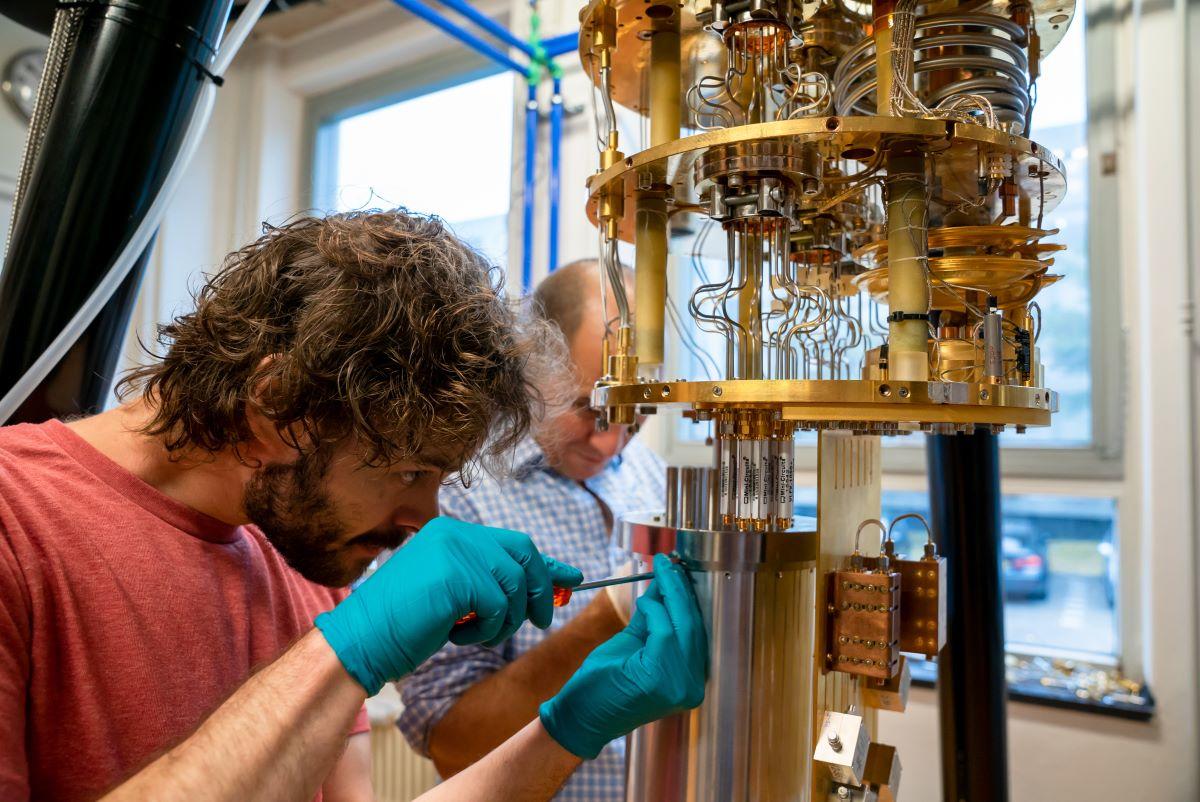