WWDC21 starts Monday, June 7 and kicks off with a virtual keynote at 10 a.m. PT. CEO Tim Cook and team are likely to announce iOS 15, a new M2-chip MacBook Pro and new versions of software for most Apple products — including a possible new operating system called HomeOS. On Wednesday, an Apple job posting for a senior iOS engineer included mentions of “HomeOS” which have since been removed and replaced with HomePod.

The job posting wasn’t the only possible leak. Unofficial Apple beta-tester and four-time NBA champ LeBron James might have leaked a brand-new Apple product. King James shared a photo on Instagram that showed him wearing what appear to be Beats Studio Buds. The only problem is Apple doesn’t sell the wireless earbuds and hasn’t announced them. But you can’t blame the leak entirely on LBJ: Last month, iOS and TV OS beta releases had mentions of the Beats Studio Buds, too.

Apple’s annual developers conference runs June 7 to June 11 and, like WWDC 2020, it will take place entirely online. The five days of virtual sessions come under the ever-brightening shadow of the pandemic. Aside from new products and operating systems, WWDC is really about giving software developers early access to explore new features with the help of Apple engineers.

A keynote event on the first day will yield the biggest news with previews of Apple’s next operating systems — likely iPadOS 15, MacOS 12, WatchOS 8, TV OS 15 and iOS 15. There could also be hardware news, like the successor to Apple’s M1 chip and new “pro” Macs that use M-series processors in lieu of Intel. Apple first announced its M-class chipsets at last year’s WWDC. The system on a chip is designed in-house and vital to the company’s transition away from Intel chips.

WWDC21 to show off the next major iteration of iOS

The next iPhone, likely to be called the iPhone 13 (unless it’s the iPhone 12S), probably won’t be launched until the fall. But a new version of the iPhone’s operating system, likely called iOS 15 and iPadOS 15 for the iPad, is expected to be revealed.

Last year, iOS 14 included new customizations for the home screen, picture-in-picture video, better widgets, a new Siri interface and App Library, a new way to organize your apps. iOS 15 rumors point to new notification settings based on your current activity, more customizations and interactions for widgets and new iMessage features that could make it more competitive with WhatsApp and Facebook Messenger.

iPadOS 15 could add home screen customizations. Widgets won’t be relegated to the widget stack and instead have more iPhone-like controls.

Apple launched new iPads last fall and a new iPad Pro with the M1 chip in April, but the distinction between “pro” and non “pro” models is based more on hardware differences than software. It would be great to see more iPadOS features that support “pro” users.

iOS 15 and iPadOS 15 are expected to launch this fall along with the iPhone 13. For more, read our iOS 15 rumors roundup.

One of the reveals devoted Apple fans enjoy is the name for the next version of MacOS. For years, Mac OS X versions were named after big cats like Snow Leopard and Lion. In 2014, with the release of OS X 10.10, Apple started nicknaming the software after notable California landmarks like Yosemite and most recently Big Sur. So maybe the next one will be called MacOS Monterey? Or MacOS Golden Gate? Perhaps MacOS Hollywood sign? Yeah, I have no idea.

Not much is known about Apple’s next update for its computer operating system. There haven’t been any specific rumors or leaks and to quote the Magic 8 Ball, “Reply hazy, try again.”

It could be that MacOS 12 will be a smaller update focused on under-the-hood changes. M1 chips are approaching their first birthday and currently MacOS needs to support it as well as Intel-based Macs. But that points to a bigger question: Where are the M1 Pro machines? It is not clear if there will be a new version of the M1 chip at WWDC 2021 or an “X” version of the processor. But many of us hope for a shiny new MacBook Pro that shows off the “pro” version of the M-series chip.

Apple’s announcement for WWDC came with a picture and animation of a Memoji character looking at an opened MacBook. The image is a nod to memes that popped up after Apple’s November event for Macs, where Senior Vice President of Software Engineering Craig Federighi showed off how Macs with the M1 chip can instantly wake up. The video was underscored by the Barry White song Playing Your Game, Baby and was appropriately cheesy.

The tagline for WWDC 2021 is “Glow and behold.” Usually invites and announcements for Apple events include Easter eggs. Could the fact that the Memoji is wearing glasses with a reflection of software elements be a tease for the rumored Apple augmented reality glasses? Or perhaps “glow” is a reference to the headlights on the rumored Apple car? Or maybe the photo with its animation is just a nod to new MacOS features and its dock?

New hardware announcements have a consistently inconsistent history at WWDC. In recent years, Apple has shared a major revamp of several key products and teased for upcoming Mac hardware. But if Apple plans a new product like AR glasses, it needs software (ROS anybody?) and developers to make apps for it.

WatchOS 8 could bring new health features to the Apple Watch

In addition to the iPhone and computers, expect software updates for the Apple Watch. Like MacOS, there has been hardly any leaked details about WatchOS 8. That said, there are several persistent rumors from the past few years that have yet to materialize.

One rumor from May 2020 is the inclusion of mental health features. For example, the Apple Watch 6 has a pulse oximeter that could be used along with heart-rate readings to detect high levels of stress and even panic attacks.

Another rumor dating back to 2017 hints at the Apple Watch being able to monitor blood sugar levels. However, this seems like a feature that would be revealed at the launch of the next Apple Watch, as it would likely require new hardware like a spectrometer to perform the measurements.

One feature many of us hope for is removing the Apple Watch’s dependence on the iPhone. We saw the iPhone divorce from the Mac with iOS 5 in 2011. It’s not clear what’s required in terms of hardware and software to accomplish this, but it would open the Apple Watch up to people without iOS devices.

Stay up-to-date on the latest news, reviews and advice on iPhones, iPads, Macs, services and software.

Here’s how to watch WWDC21

Want to watch WWDC 2021 from the comfort of your own home? Apple hosts a livestream of its Monday keynote on its website. There will likely be a live feed on Apple’s YouTube channel. Apple will stream sessions throughout the week free for all developers. CNET will be reporting on WWDC, so check back for news and analysis throughout the show.

Amazon will share your internet with neighbors: how to opt out

Mon Jun 7 , 2021
Amazon is launching Sidewalk, a new system which aims to create neighborhood Wi-Fi networks across the U.S. But, it’s not too late to opt out. WASHINGTON — After months of delays, Amazon Sidewalk will launch on June 8. All compatible Amazon Echo and Ring devices in the United States will […] 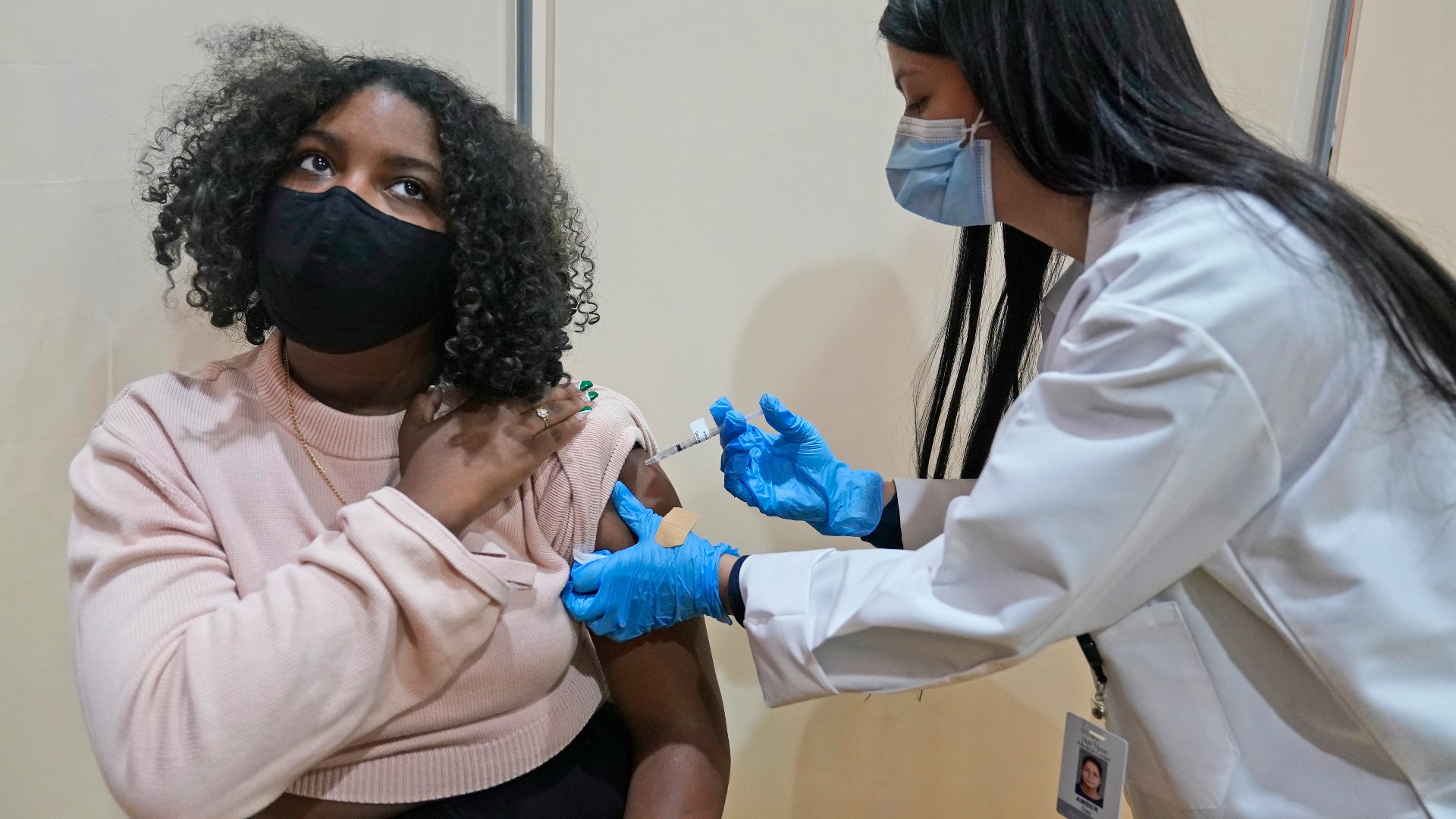